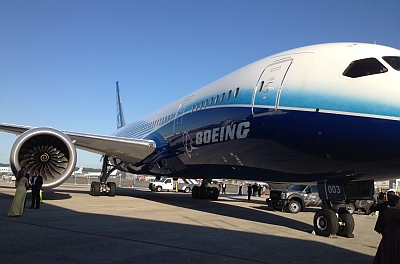 This time we go without a guest to give more time for listener mail. We cover such topics as long, long takeoff rolls, pilots who seee UFOs, and airbags in A320 seat belts. We have more from a 14 year old listener on his aviation aspirations, cell phones on airplanes, and the Russian Irkut MC-21.

We also deliver our personal “Happy Mother’s Day” message to Hariett, an octogenarian aviator and one of our favorite listeners.

Qantas pilots union lose an appeal in the Federal Court against the management decision to ground the airline last year, Federal budget cuts affect Defence procurement programs, including the F35A & P8 – they also bring forward the retirement of the C130H fleet to this year, instead of 2013 – The RAAF confirms a purchase order for 10 Aleania C27J Spartan aircraft in a move worth $A1.4billion, Federal Government announces a 17% hike in departure taxes, raising the cost of leaving Australia to $A55…..and GM for PM?? Could be a theme coming here….

In the Across the Pond segment:

Last year we were contacted by Bill Jones from Kansas City, Missouri to ask if we could help with a flight he planned to take in a small GA aircraft across the North Sea from Holland to the UK. Unfortunately it didn’t quite work out but we managed to get Bill connected to our friend a recent guest Jelle Hieminga who was featured on our VC Tenderness episode and then again on GA in Holland in Episode 169. On Across the Pond this week we hear how Bill got on.

From the listener mail: