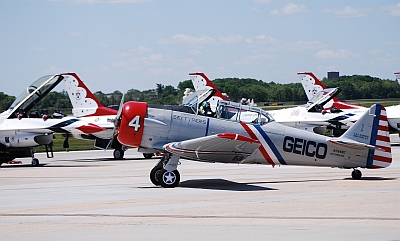 David brings us some of his interviews from the May 11-13, 2012 Joint Base McGuire-Dix-Lakehurst air show which returned after a four year hiatus. He spoke with:

David’s Aircraft of the Week: the Sud Aviation Caravelle. See

Recorded live at the Qantas Maintenance Base at Melbourne Airport (on the back of the PCDU Mobile) after our tour of the Boeing 787 Dreamliner (ZA003). Qantas announces the closure of Melbourne heavy maintenance operations with nearly 500 jobs lost, Qantas also announces that they will split into separate domestic & international divisions, GippsAero have the first flight of their new GA10 Airvan, Grant has an interesting theory on Qantas Group B787 usage as the first 15 airframes are all going to Jetstar.

On Across The Pond this week Pieter talks to Richard Cooke a PPL (H) license holder. He has held a JAR PPL(H) since 2010 on the R22 and is also rated on the R44.With time in the seat of a S300 and B206 as well, Richard tells us about his flying experience. With a father who was a QHI flying the Lynx in the Army Air Corps, it was not a surprise that Richard became very passionate about helicopters too. Listen in to what’s involved in becoming a helicopter pilot.

Find Pieter on Twitter as @Nascothornet, on his blog Alpha Tango Papa, and also on Facebook at XTPMedia.