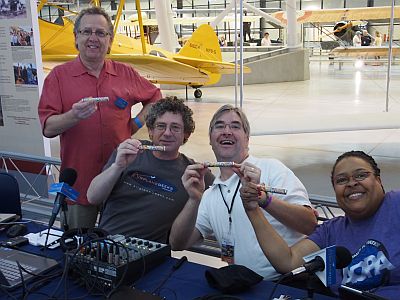 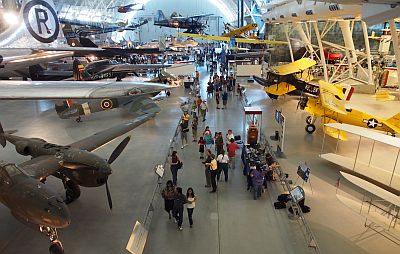 While at the event, we recorded a number of interviews and segments:

Amelia Earhart tells us about some of her adventures and also comments on a certain recent movie.

Ed Mautnur, Museum Specialist, Aeronautics talks about preservation and restoration of airplanes. Learn more by visiting the web page for the Paul E. Garber Preservation, Restoration, and Storage Facility, where the National Air and Space Museum preserves and restores aircraft and other artifacts.

Tim Bell, an Airplane Geeks listener from Melbourne, Australia was in the States and came by for the event. Follow him on Twitter as @timb07.

Linda Shiner, Editor, Air and Space Magazine, has been the Editor for 25 years and tells us who reads the magazine, how she came to become Editor, and how her ride in biplane influenced her interest in aviation. The August Space Special will be all about Mars, and comes out as the Curiosity rover lands on that world. Also, the Military Aviation Collector’s Edition on is sale now. Follow the magazine on Twitter as @airspacemag.

The Princess of Planes, the youngest Airplane Geek, tells us about her day at the event.

Benet Wilson interviews the Geek’s wives and learns what the guys are really like to live with. 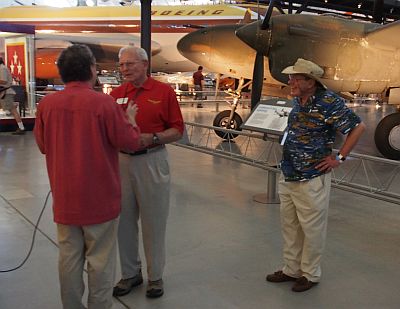 Special thanks to Vicki Portway, Isabel Lara, and Frank McNally! 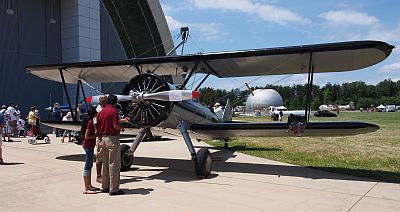 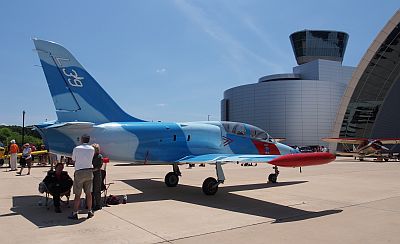 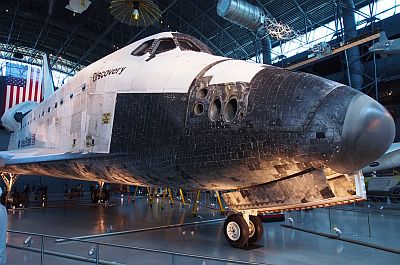