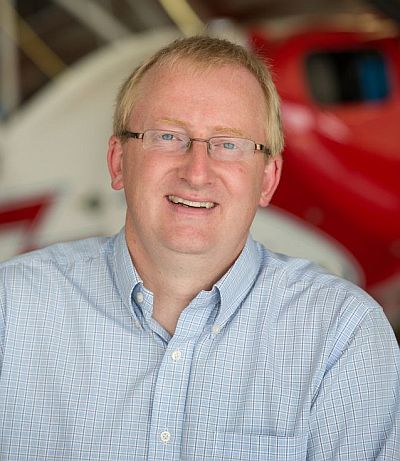 Guest Adam Smith is Senior Vice President of the AOPA Center to Advance the Pilot Community, through which AOPA will consolidate all its efforts to expand the pilot community. That’s a two part task: first to stop the decline in the pilot population, and second to try and grow the pilot community.

We talk to Adam about the pilot shortage: Is it real? Is it here now? Also, what does the declining pilot population do to the critical mass necessary to support the aviation infrastructure?

Adam also talks about how the “mental state of depression” over the decline in the number of pilots may not be warranted, and it certainly isn’t healthy. He notes that we are all marketers for aviation and this isn’t something that AOPA is going to solve for all of us. Also that the role of government advocacy is to keep from adding burdens, like user fees.

Part of the plan for the Center includes the launch of a flying clubs initiative to improve the flight training experiece, and grow a national network of flying clubs. AOPA’s Benét Wilson has a new regular feature on flying clubs and if you’d like to have your flying club profiled, please email Benét at Benet.Wilson@aopa.org. Also be sure to visit the AOPA Flying Clubs page.

Following last week’s geographic confusion on the show, we provide a correction, then its on to the news…. The RAAF’s 5th and final KC30A tanker has been delivered although its still not on home soil yet, Tiger Airways loses its CEO to Jetstar, and local companies are urging the Civil Aviation Safety Authority to allow expanded usage of un-manned aerial systems in Australian skies.

We go down to South Africa with Editor of Aircraft.co.za, Danie Heath to find out who are the main airline players and where they operate from. Danie tells us about the capacity for new low cost carriers and how the South African aircraft manufacturing industry is still very active.