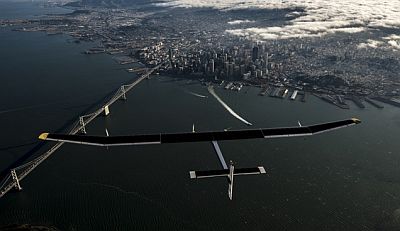 Jason Paur is an instrument rated pilot and a journalist and writer covering aerospace at Wired.com. He’s been following and reporting on the Solar Impulse, a solar powered aircraft currently on a flight across the U.S., with the objective of a future around-the-world flight.

We talk with Jason about the Solar Impulse, which has a 208 foot wingspan yet weighs only 3500 pounds. Four electric motors rated about 10HP each are powered by photovoltaic cells, which cover the wings and horizontal stabilizers. The cells charge onboard batteries which allow the Solar Impulse to fly through the night. Jason describes what it’s like to fly the aircraft

Some of Jason’s articles on the Solar Impulse:

We also discuss Jason’s visit to Wichita, including a rather dramatic demo flight in a Cessna Citation X flight test aircraft. Also, will we see airliners without pilots, and if so when?

Jason is also involved in Medium, an interesting new project from Ev Williams, founder of Blogger and Twitter. This is a collaborative platform that puts collections of writing into themed collections. Jason started an aerospace collection called Lift and Drag with some thoughts about the lost magic of flight. You can read all about it at the introductory post. Anybody who is interested in contributing to Medium and help expand the aviation collection can contact Jason.

Find Jason on Twitter as @jasonpaur, and at Wired in the Autopia, Danger Room, and Wired Science sections. 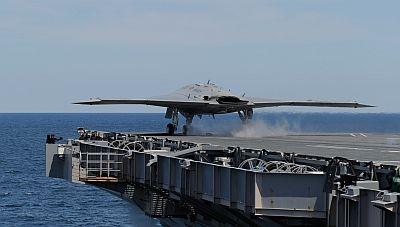 We have spoken highly in recent years of Australian manufacturer GippsAero and their successes in creating aircraft that have sold all around the world. So it is with some concern this week that we report on the announcement of a corporate restructuring by parent company, Mahindra Aerospace, which although confusingly worded, indicated the loss of 40 jobs at the plant in Morwell, Victoria. There is widespread concern in the region that Mahindra may have a bigger plan in store, and one which may not be well received. We’ll keep a close eye on development.

In airline news this week, Virgin Australia has issued a profit warning to the Australian Stock Exchange indicating that revenues have not been as strong as previously expected, well below the $83million pre tax estimate but not yet specified. The share market reacted by dropping Virgin’s stock by 7% Worse still, their new low cost carrier, Steve’s favourite airline Tiger Airways, has also indicated that it has lost a significant amount of money over the past year. Virgin will no doubt be aiming to reverse these fortunes in the coming year.

Grant also responds to listener feedback from the previous show, following his verbose opinions on McDonnell Douglas and Boeing. 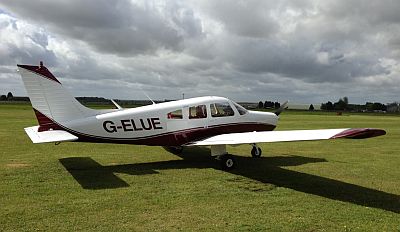 Piper Warrior II 161 of Freedom Aviation, fresh from the paint shop with new avionics and engine

This week Pieter visits Dave Jelly from Freedom Aviation at Cotswold Airfield in the UK, to talk about the unique style of flying training that Freedom undertakes and what sort of flight sorties they make with both students and qualified pilots. Kitted out with new and refurbished aircraft Freedom is bringing a new and refreshing style of flight training and aircraft leasing to the UK general aviation market. Pieter came away enthused that GA is still ‘alive’ and blossoming here in some parts of Europe (weather permitting).

3 thoughts on “Episode 249 – Jason Paur on the Solar Impulse”