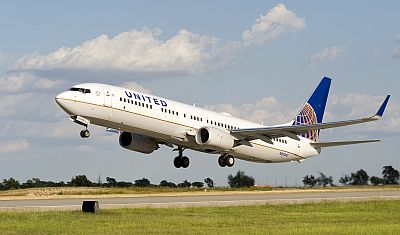 Benet Wilson returns to talk aviation: what to expect at this year’s AOPA Summit and what will be replacing the Summit in 2014, her flight training and the support from other aviators, even  flying with children where Benet offers some suggestions based on her experience with her child (the “Princess of Planes”). Also, irritating things that passengers do on planes and Strange But True Aviation News.

Benet is the Social Media/eNewsletters Editor for the Aircraft Owners and Pilots Association (AOPA). She blogs at Aviation Queen and is AvQueenBenet on Twitter.

David Venderhoof’s Airplane of the Week: Voyager 1, the world’s first Interstellar ship. Launched in 1977 with a “Golden Record,”  Voyager 1 has finally left the solar system and entered deep space. @NASAVoyager is the official account for NASA’s twin Voyager 1 & 2 spacecraft.

At the recent AusFly event, Grant and Ben Jones caught up with Dick Smith (an Australian entrepreneur, pilot and adventurer) and Ryan Campbell (the youngest person to fly around the world) to record a quick chat about their trips around the world & how Dick advised Ryan.

This week we talk to AeroBlogger Rohit Rao about the latest airline news and developments in India. This includes Air India’s first flights with the B787 to Australia, Spice Jet’s international expansion and novel seat booking system and the launch of yet another new airline in the region, Air Costa.