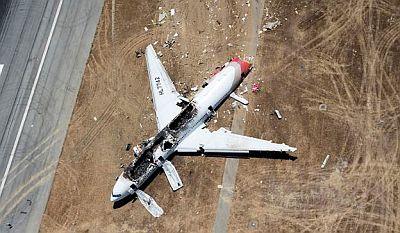 Bill English is Investigator in Charge with the Office of Aviation Safety at the National Transportation Safety Board (NTSB) and he walks us through the NTSB investigation of the July 6, 2013 crash of Asiana Flight 214 at San Francisco International Airport, from the first call to the investigative hearing December 11, 2013.

We talk about the assembly of the team and go-bag preparation, gathering initial information, and transport to the site.

Bill continues with the on-site command post set up, securing the scene and harvesting perishable evidence.

A major role of the Investigator in Charge is organizing the other agencies, manufacturers, support organizations, and other parties involved such as the airport authority, FBI, and Red Cross. 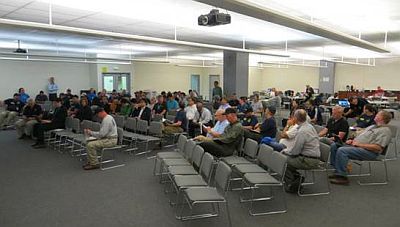 Besides the key task of evidence gathering, the team must keep the public informed. That’s also an objective of the investigative hearing, which introduces factual information into the investigation and shows the public the progress being made.

Over the course of the next six months, all the information will be assembled into a final report containing analysis and conclusions, probable cause, and safety recommendations. At another public meeting, the draft report will be presented to the Board for their deliberation and adoption.

Bill has been with the NTSB since 1999, and has been the lead investigator on numerous major aviation accidents in the US and around the world including the Continental Airlines 1404 accident in Denver, the 737/Legacy midair collision in Brazil, UPS flight 6 B747 fire in Dubai, a US Navy contracted B707 tanker, and most recently the Asiana Boeing 777 in San Francisco.

He is a certified instrument flight instructor and commercial pilot in single and multi-engine airplanes, flew aerial observation, corporate, and electronics test aircraft and has extensive experience in flight inspection and advanced navigation technology.

Prior to joining the Board he was a contributing editor to IFR Magazine. Bill graduated from Embry-Riddle University in Aeronautical Science and his graduate work was in Geospatial Intelligence at Penn State.

It’s not just Rob who reckons an AusDesk can be produced by just saying how Qantas and Jetstar are in trouble. Steve and Grant have had enough too and, even though lots of column inches are being generated this week about the group’s woes, they’re not going to spend time discussing the issues as they’re pretty much as they were last week.

Instead, they’re going to hassle David a tad about the “Classic” Hornets then talk about another airline in trouble: sadly, Brindabella Airlines has gone under.

To help smooth things over a bit with David, the boys chat about matters military:

After all that, it’s time to shut down the AusDesk studio and head for the beach ‘cos it’s Christmas in Australia and the sun is shining, the temperatures climbing and the holidays are about to commence. Wishing you a great Christmas and New Year where-ever you are and what-ever the temperatures!

We talk to Oussama Salah from Oussamas Take about airline developments following the Dubai Air show, as well as the latest news for aircraft orders in Libya. The follow up segment expanding on developments in the region, will follow in the next episode. Oussama Salah Google Plus, Oussama Salah Facebook.

From the Listener Mail: