Aviation biofuel, the NTSB summary report on the Asiana flight 214 accident, the SAAB 105 trainer, an Air New Zealand and Etihad maintenance agreement, and aviation news from the UK.

Co-host Rob Mark will be away for a few months to focus on some other projects, and we welcome National CFI of the Year Max Trescott to help shoulder the co-hosting load.

We discuss the aviation industry motivations for moving to biofuel, some of the challenges, the importance of it being a “drop in fuel,” and supply chain implications. Also, how biofuel is being used today and what to expect in the future.

There are many issues to be resolved, because as Steve puts it, we’re standing up a new industrial sector. 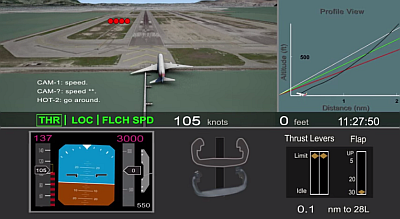 On July 6, 2013, Asiana flight 214 crashed on approach at San Francisco International Airport. It struck the seawall at the end of the runway. Three of the 291 passengers died and 40 passengers, eight of the 12 flight attendants, and one of the four flight crewmembers received serious injuries. The rest received minor injuries or were not injured.

From Crash of Asiana Flight 214 Accident Report Summary from the NTSB:

“The NTSB determined that the flight crew mismanaged the initial approach and that the airplane was well above the desired glidepath as it neared the runway. In response to the excessive altitude, the captain selected an inappropriate autopilot mode and took other actions that, unbeknownst to him, resulted in the autothrottle no longer controlling airspeed.”

The southern winter weather has taken its toll on Grant this week, so Steve flies the segment solo.  In the news, the constant doom and gloom surrounding aviation maintenance job losses was brightened slightly with the announcement by Air New Zealand and Etihad of an agreement to use each other’s line facilities in Melbourne and Los Angeles.  In a boost for Melbourne, Etihad’s local line maintenance facility will service Air New Zealand aircraft. In return, their aircraft will be serviced in LA at Air New Zealand’s facility.

In an era where QANTAS continues to claim that Australian aircraft maintenance is unviable, Etihad has shown that the opposite can be the case.  It also operates a line maintenance facility in Sydney.

Steve also catches up with 17 year old Alex Fisher as he continues his Flight of Solidarity around Australia in a Cessna 172, raising awareness of – and funds for – the Royal Flying Doctor Service.  This week we find Alex in Perth, Western Australia.

Pieter Johnson brings us some UK aviation, airline, and airport news this week, including the new Virgin 787-9 route confirmation, the ups and downs for British Airways, and what it costs to fly on a private Boeing 767 around with world with Captain’s Choice. He opens with a refreshing approach to general aviation with the Civil Aviation Authority consulting on its new policy framework and how it plans to reduce bureaucracy and help improve the sector in the UK. Wow!