Chris produced “International Airport 24/7: Miami” on the Travel Channel, and oversaw the TLC documentary on the building of the Airbus A-380 featuring John Travolta.

We talk about changes at Airchive.com and their cross-promotion with Airways magazine, which is becoming more feature driven.  Airchive.com will become AirwaysNews.com and deliver the digital product.

Also, Chris tells us about the challenges producing Airport 24/7 and other aviation programs he has in the works. We talk about  aviation shows on TV, thoughts on an all-aviation television channel, and how different markets demand different aviation programming.

The LA Times looked at U.S. Department of Transportation records for citations issued against airlines and travel agencies from 2010 to 2013. 521 citations were issued in that time period, almost twice the annual rate for the previous four years. Airlines were cited airlines 181 times for violating rules of unfair and deceptive practices, like advertising fares that were not available. Mistreating disabled passengers resulted in the largest fines.

Despite All the Recent Accidents, Flying is Still Very Safe

It’s been a bad time recently for commercial aviation: MH70 still missing, MH17 shot down by a missile over Ukraine, TransAsia ATR-72 crashed a Taiwanese in heavy rains killing 40, aAn Air Algerie MD-83 with 116 on board crashed in Mali.

Airlines are acting ahead of their regulatory agencies.

How Israel persuaded the Airlines that Ben Gurion is Safe

Israel’s Civil Aviation authorities sent a memo to international airline regulators and airlines, describing that Ben-Gurion is safe. In part, the memo says, “The Iron dome launch batteries covering Ben-Gurion Airport operate under a specific set of procedures which I cannot go into in detail due to security reasons. I would like to note, however, that out of over 2,250 rockets fired from Gaza into Israeli territory… not a single one has landed in Ben-Gurion Airport.”

There’s A New Light Sport Amphib Coming To The Block 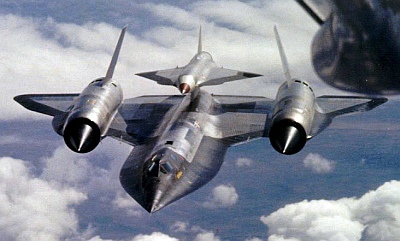 The first two RAAF F-35s are unveiled in Texas, and Qantas are once again considering splitting their International and Domestic arms, as the proposed changes to the Qantas Sale Act just aren’t enough in their eyes.

This week Pieter is at the home of the Fleet Air Arm, Royal Navy Air Station Yeovilton in Somerset in the UK, for their annual Air Show. There are no flying Swordfish this year but the Royal Navy Historic Flight Sea Fury certainly starts off the display with a growl in the hands of Lt Commander Chris Gotke. Visitors from the Army and RAF, as well as Germany, France, Switzerland, Denmark, Jordan and Belgium made it a truly international show. This years theme follows the naming of HMS Queen Elizabeth and is all about operating at sea.