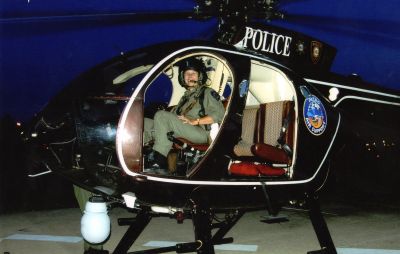 Guest Patrice Billings was the first female police officer to become a helicopter pilot for a U.S. law enforcement agency. She was flying air patrol for the the St Louis County Police Department on September 11, 2001. Patrice was a member of the SWAT Team for 10 years and was even nominated for TV’s America’s Most Wanted Heroes Award.

Now Patrice is a speaker and consultant, and brings her experience and wisdom to others by sharing stories of survival, of overcoming obstacles, and of re-inventing oneself.

We talk about flying air patrols in an MD-500E helicopter in the aftermath of the September 11 attacks. Patrice relates the strangeness of a quiet airspace and the stress of not knowing if attacks were planned for additional targets. Patrice tells us her thoughts on being a woman pilot in law enforcement, and on flying the helicopter. She’s also writing a fiction novel based on her life experiences.

Follow Patrice on Twitter as @mooncopter or visit her website at www.patricebillings.com. Inquiries concerning motivational speaking engagements can be directed to her publicist Brenda Fraser at +1 (314) 704-4412 or www.BrendaFraser.com.

Recently, three U.S. commercial flights have had to make diverted landings after passengers got into fights over the ability to recline their seats. Frustrated with limited seat space, air travelers are turning to devices like the Knee DefenderTM that prohibit the seat in front from reclining. Some airlines, like Spirit and Allegiant, have seats that don’t recline. At Mary Kirby’s RunwayGirlNetwork, they have talked about new “butt-to-knee” and “eyeball to seat-back” measurements that better reflect the space provided to passengers.

Two general aviation accidents point to pilot hypoxia. We talk about what this is and what pilots should do.

Dubai Building Meg-hub in the Desert

Dubai plans to invest $32bn to create an aviation mega-hub and the home of Emirates Airline.

The B787 uses the Rockwell Collins product: MultiScan ThreatTrackTM.

Southwest debuted their new livery for its 737s and David expresses his opinion. He isn’t faint of heart about what he thinks of the new scheme.

Grant’s been at the Moorabbin Air Museum for the 75th anniversary of Wirraway A20-10, the oldest surviving Wirraway in the world. The Wirraway was based on the NA-16 (which became the T6 Texan) and was made in Australia by the Commonwealth Aircraft Company.

In other news, the RAAF sends two E7A Wedgetail AEW&C aircraft to Red Flag in Alaska, and the Army’s Tiger ARH simulators get a major graphics upgrade.

Find more from Grant and Steve at the Plane Crazy Down Under podcast, and follow the show on Twitter at @pcdu. Steve’s at@stevevisscher and Grant at @falcon124. 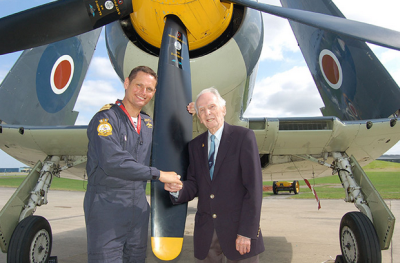 Pieter Johnson continues his reports on historic aircraft with the sad news of the recent crash landing of the Royal Navy Historic Flight’s Hawker Sea Fury T.20 last month. Having saved the aircraft from almost total write off with a textbook landing Lt Commander Chris Gotke (‘Goaty’) walked away safe and well. We now need this aircraft back where it belongs….In the air.

The NACA Centenary: 100 Years of Aerospace Research and Development

NASA is co-hosting a history symposium (along with the Air & Space Museum) March 3-4, 2015 to mark the centennial of the creation of the NACA [National Advisory Committee for Aeronautics]. They are looking for people to write/present papers on some aspect of NACA/NASA history. The deadline for proposals is Sept 15.

Google has been working a secret drone project called Project Wing. They are testing deliveries by drone in Australia with vertical takeoff, fixed wing aircraft. The article has a good video.

Here’s a great video from one of the A-10 designers, Peirre Sprey. He goes into great detail on the design requirements that went into the Warthog.  Mr Sprey explains why there is no aircraft on deck to replace the A-10.  The present view of having the F-35, F-16, or F-15E pick up the A-10s close support mission is a pipe dream.

The Moth Podcast, Michael Massimino: A View of the Earth, released August 26, 2014

Astronaut Michael Massimino tells his story of dreams and persistence in getting and living a career.

A club dedicated to Auster and Beagle owners and pilots.

First run of the V8 engine powering their new P85 kit aircraft. The P85 is a derivation of Altitude Group’s Radial Rocket airframe, with changes to accommodate a V8 firewall forward powerplant package utilizing the LS series of V8 engines.

On September 16, 2014, retired airline Captain Christopher Brown will set out on Arcadia Mission 2014, a solo flight mission from Montreal to Vancouver, commemorating the 75th anniversary of the first Canadian intercontinental flight. Aboard Arcadia, a restored 1961 Beechcraft Bonanza, Chris will make stops in Ottawa, North Bay, Kapuskasing, Regina, Winnipeg and Lethbridge.

The Federal Aviation Administration will allow an additional 30 days to comment on its proposed hangar-use policy under an extension granted Tuesday following multiple requests from the GA community.