NTSB Board Member Robert Sumwalt, a penalty against Asiana Airlines, A350-900 type certification, the Fisher P-75 Eagle, Jabiru engines, UAV sense and avoid, Etihad growth into Europe, and aircraft at the G20 summit.

We talk with Robert about the process for being nominated and confirmed as an NTSB Board member, and the roles played by Board members, including being the face to the public for accident investigations, and reviewing and approving investigation reports.

We also talk about the NTSB’s “Most Wanted List of Transportation Safety Improvements,” the Board’s function as a court of appeals, and how the Board reaches consensus.

Robert was sworn in as the 37th Member of the NTSB in 2006, and President George W. Bush designated him as Vice Chairman of the Board for a two-year term. Then in 2011, President Barack Obama reappointed Robert to an additional five year term.

Prior to joining the Board, Robert was a pilot for 32 years, including 24 years as an airline pilot with Piedmont Airlines and US Airways. After his airline career, he managed the flight department for a Fortune 500 company. Robert has over 14,000 flight hours and has type ratings in five aircraft.

Robert conducted aviation safety research as a consultant to NASA’s Aviation Safety Reporting System, and he has written extensively on aviation safety matters, having published over 90 articles and papers, as well as co-authoring a book on aircraft accidents.

He holds a Master of Aeronautical Science (with Distinction) from Embry-Riddle Aeronautical University, specializing in Aviation/Aerospace Safety Systems and Human Factors Aviation Systems.

As a penalty for last year’s crash landing at SFO, Asiana Airlines must cease flights from Incheon, South Korea, to San Francisco for 45 days. This comes from the South Korean government. Unless the airline appeals, the flight suspension must take place within six months. 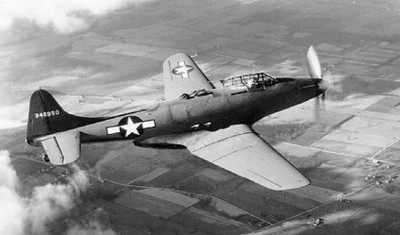 David explores the Eagle that was a turkey – the Fisher P-75 Eagle. The P-75 was an aircraft so bad it never got into production. However, it spared GM and Fisher Auto Body from producing B-29s, and put them into position after the war of being able to quickly get back into the auto business.

CASA are all but grounding aircraft with Jabiru engines due to 40 engine failures in the past year (representing about 0.03% of all Jabiru movements)

The world’s longest serving commercial 747 pilot has been flying with Qantas since 1969 and will be commanding his final flight as we record. His son will be on board as his copilot

Spotters Mag (www.spottersmag.com) have launched an Australia/New Zealand variant of their online magazine.

Lots of aircraft in Brisbane for the G20 summit, including Air Force One which landed at RAAF Base Amberley bringing President Obama to the event (he ferried from Amberley to Brisbane in the Marine One helicopter).

Rob asks the question, “how do we safely separate manned and unmanned aircraft?” Sense and avoid doesn’t yet exist for unmanned drones.

2 thoughts on “AirplaneGeeks 325 Conversation with an NTSB Board Member”