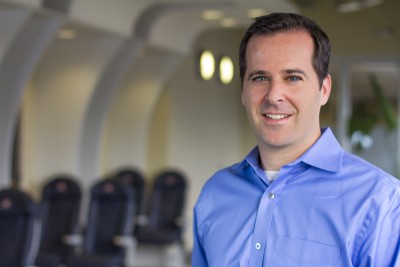 We talk about the responsibilities of Flight Operations, managing “irregular operations” such as weather events, and accommodating passengers when there are disruptions. Brad describes the operations center job functions: mostly dispatchers, but also a team of managers, maintenance controllers, and schedulers.

The gap in the U.S. created by pilots retiring in next 10 – 15 years means majors will draw on the regionals for pilots. While many see the regionals as a stepping stone to the majors, a regional career could be attractive and Brad describes how that applied to him.

Brad has a degree in Aviation Management from Auburn University, and began his career at Atlantic Southeast Airlines in 1997 as a pilot based in Atlanta. In his 17 years with ExpressJet, he’s served as a line check airman, instructor pilot, project manager, and chief pilot. He served as the director of Corporate Safety, Security and Compliance from 2010 to 2013 where he was instrumental in launching numerous safety programs including their Safety Management System (SMS).

Headquartered in Atlanta, ExpressJet is the world’s largest regional airline with 9,000 aviation professionals, an average of 2,000 daily flights, and an all-jet fleet. ExpressJet operates as American Eagle, Delta Connection, and United Express to serve more than 190 airports in the U.S., Bahamas, Canada and Mexico.

If you’re looking for a career in aviation, ExpressJet is hiring pilots, mechanics, flight attendants, crew schedulers, and more. If you want to begin your career as a pilot but don’t have your ATP CTP yet, ExpressJet offers a free, in-house CTP course for new hire pilots.

The NTSB issued its final report on the January 7, 2013 incident where ground workers discovered smoke and flames coming from an auxiliary power unit lithium-ion battery in a Japan Airlines 787 that was parked at the gate at Boston Logan International Airport.

Previously, the NTSB said that one of the battery’s cells experienced an internal short circuit which caused thermal runaway in the cell. That then spread to the other cells and caused a full battery thermal runaway.

“As a result of its findings, the NTSB is recommending that the FAA improve the guidance and training provided to industry and FAA certification engineers on safety assessments and methods of compliance for designs involving new technology.”

A man aboard a Thomson Airways Boeing 787 Dreamliner punching one of the plane’s windows, causing it to crack and frightening the other passengers. He was arrested on arrival, pleaded guilty, and is awaiting sentencing in January.

Considering the Year in Airport Security, With the T.S.A. Chief

The New York Times’ Business Day section did an extensive interview with John Pistole, the outgoing administrator of the Transportation Security Administration. Among the topics discussed: the growth of TSA’s PreCheck program and possibly switching the program to private contractors.

Airlines: Another Reason to Worry About Cheap Fuel

Investors are looking too much at fuel costs and not enough at controllable expenses. But the airline industry outlook has been driven by capacity discipline, consolidation, and unbundling. Capacity discipline driven by high fuel prices. Also, airlines will not all benefit equally from lower fuel prices do to different hedging practices.

Washington Dulles and Miami International airports are courting avgeeks with special programs and social media. The Discover Dulles program is a way for those who love aviation to connect and experience things that are typically off limits to the general public.

Under the Miami Watch security program, airplane spotters are the eyes on the perimeter of the airport, like a neighborhood crime watch. Spotters get good access to the airfield and the airport gets another layer of security.

David proposes some changes to the weekly history segment, and asks the community for input. 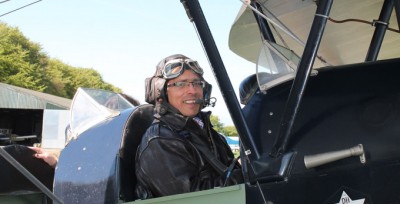 Pieter reminisces over the past four years and the inspirational sources we all have for aviation. He also announces that he’s taking some time off from the Across the Pond segment. Learn about Anthony Kenneth Johnson (1925 – 2011) – Telegraphist Air Gunner (Royal Navy) at the Wartime Heritage Association.

The Romance of Aviation

Listener Shreenand send us this list illustrating that aviation may be different these days, but it still has a romance all its own:

That the romance is when you get to see day, dusk, and night, all at the same time, from your office window.

The romance is when you depart on a overcast, gloomy, dark day, break out on top and realise the sun really does exist.

The romance is when you fly during a meteor shower and see so many shooting stars, you run out of wishes.

The romance is when you get to see a thunderstorm in HD. Only this time it’s close enough for you to touch.

The romance is when you fly from Moscow to Houston – fifty years ago you would’ve had to do it in a spy plane and fly high enough to be out of range of communist missiles. Or when you fly across the Atlantic without batting an eyelid, eighty years ago, they were handing out rewards for this sort of thing.

The romance is when you fly across countries and realise there are no real borders that divide us. Except, when you fly over the Line of Control between India and Pakistan. And you see it lit up like a major street for as far as the eye can see.

The romance is when you fly over Europe on a clear day. Within minutes you’ve seen the Alps, the Eiffel tower and the Big Ben.

The romance is when people tell you it’s a small world, and having seen the length of the Pacific, you beg to disagree.

The romance is when you ride along the tops of stratus and you can tell you are really shifting. Even magic carpets don’t ride this well.

The romance is when you speak to the same air traffic controller for the umpteenth time. You’ve never met him and probably never will, but you recognise him from his voice.

The romance is when you are number 10 for take-off on a gusty day. You get a ring-side view of your kind, doing their magic, earning a living.

The romance is when you are cleared for a visual approach, and from that point on, it’s no computers and no automatics. Just good old stick and rudder.

The romance is when you pop out of low cloud, and ahead of you lies three kilometres of velvet smooth tarmac, lit up like a Christmas tree.

The romance is when after a fourteen hour transcontinental flight, you look back at your office, and smile!

The romance is that no matter how prosaic you make it out to be, aeroplanes are still mankind’s greatest achievement.

The romance is very much alive and kicking ladies and gentlemen! But a window seat and an open heart, would help you see it.

Aviation Books for the Holidays

Ace Abbott says the best holiday gifts money can buy are books. If you have friends, neighbors, relatives, or airport and pilot colleagues who may be remotely interested in aviation, the following list of aviation books will pleasantly entertain these people. In honor of the “Twelve Days of Christmas” here is Ace Abbott’s list of 12 great aviation books.