Prior to joining the Airports Authority in June 2007, Dennis spent twenty-three years with American Airlines.  He began his career as a flight attendant, and accepted management positions in Dallas/Ft. Worth, Tulsa, Albany, Richmond, and Washington Dulles, where he spent the last ten years as the General Manager.

He has also been involved in several community activities including Big Brothers/Big Sisters, The United Way, and working with The George Washington University-Virginia Campus in focusing attention on STEM education.  He also serves as a Board Director for the Dulles Regional Chamber of Commerce.

The Department of Homeland Security announced some additional security measures: enhanced screening for airline employees, some random security checks, and more patrols in secure areas by the TSA and law enforcement. The Aviation Security Advisory Committee has been asked to look into airport security.

An FAA Aviation Safety Inspector was passing through a security checkpoint at New York’s LaGuardia airport, after arriving from Atlanta, and a loaded firearm was discovered in his carry-on bag. He was arrested, saying it was his wife’s gun and he forgot he had it.

The FAA issued a final rule Dec. 3 that allowed up to 20 hours on an approved simulator for instrument training. Before that it was up to 10 hours. Now the FAA is withdrawing the rule.

New rules are established through the Notice of Proposed Rulemaking (NPRM) process. The FAA normally issues an NPRM, followed by a public comment period before the final rule is released. Here, the FAA issued the rule first, with the comment period after. But in that case, if anyone objects to the rule, it is rescinded. Two people objected.

The annual TSA Most Wanted List represents the Board’s 10 advocacy priorities. Some are directed at aviation, and some at other modes of transportation.

Route expansions may not seem like exciting news, but they’re a bigger deal than you probably think. Why? Because they often spark competition between airlines and drive down fares on multiple carriers.

The Aviation Movie of the Month

This week, David starts the inaugural Airplane Geeks Inflight Movie of the Month: Always, the modern retelling of A Guy Named Joe. So what did David think? 4 out of 5 props.

B767-338 VH-OGM departs Sydney for the final time on January 7th. Image by Damien Aiello.

Grant’s tired after completing his CASA panel interview process for aircraft maintenance management and Steve’s hungover after a few too many red wines with the “Infrequent Flyer” himself at the Members’ Reserve in the Melbourne Cricket Ground. Oh my!!!

Despite this, the boys still manage to report on:

Brian Coleman visited the Aviation Hall of Fame and Museum of New Jersey in Teterboro, New Jersey and brings us his report. 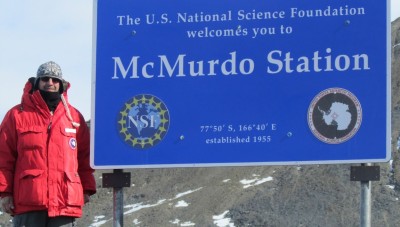 Report 4 by Juan Fernandez from McMurdo Bay in Antarctica. See more at AirplaneGeeks.com/ice.

2 thoughts on “AirplaneGeeks 333 The Airport Experience, From Roadway to Runway”