Peter Bunce is President and CEO of the General Aviation Manufacturers Association (GAMA), an international trade association that represents over 85 manufacturers of general aviation airplanes, rotorcraft, engines, avionics, components and related services such as repair station operators, aviation training facilities, and others. 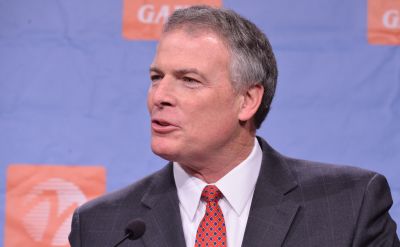 Pete is also a member of the Arsenal of Democracy Executive Committee that is planning to commemorate the 70th anniversary of Victory in Europe Day, (VE Day) with a massive Washington DC warbird flyover on May 8, 2015.

Pete has been President and CEO of GAMA since April 2005. He and the GAMA staff travel all over the world engaging regulators, policymakers, and elected officials to promote general aviation and advance the interests of GAMA’s international membership.

An active pilot with more than 6,000 hours, Pete has flown military fighter and training aircraft (F-15s and A-10s) as well as civil piston, turboprop and business jet aircraft. He holds an FAA airline transport certificate and seaplane rating and serves on the board of directors of the Recreational Aviation Foundation, Veterans Airlift Command, America’s Warrior Partnership, and the Air Care Alliance. Pete also serves as co-chair of the NextGen Institute and is a member of both the FAA’s NextGen Advisory Committee and MITRE Corporation’s Aviation Advisory Committee.

Ill passengers and the airline’s response made this United flight rather unpleasant for some.

JetBlue and Southwest Airlines deliver the best customer experience in the U.S. airline industry, according to the 2015 Temkin Experience Ratings, an annual ranking of companies based on a survey of 10,000 U.S. consumers.

Leaders from seven GA associations met as a panel during Heli-Expo 2015. Participating were:

They talked about rotorcraft certification, privacy protection under ADS-B, and fuel taxes not being used for runway improvements.

The GA fleet is forecast to grow by only 0.4% per year. The fixed-wing turbine aircraft fleet is projected to grow at 2.2% per year, and rotorcraft growth is 2.5%, but these are offset by 0.6% decline per year in fixed-wing piston aircraft.

China has some 2,800 counties, but currently only 78 currently are served by general aviation aircraft. If they all had a GA airport, 280 billion yuan ($44.7 billion) of economic value would be generated.

Good news for aircraft owners, all of whom must install ADS-B Out by Jan 1, 2020. 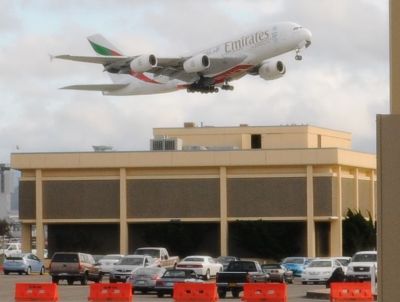 An A380 flys over Max Trescott’s car. Can you guess which car belongs to “Max West”?