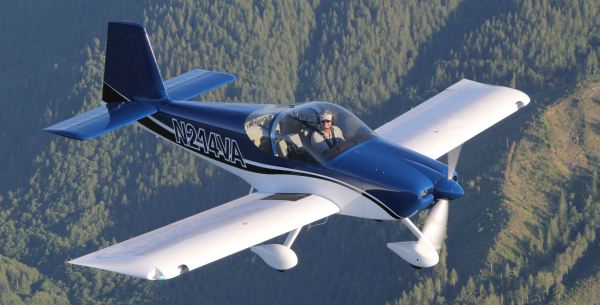 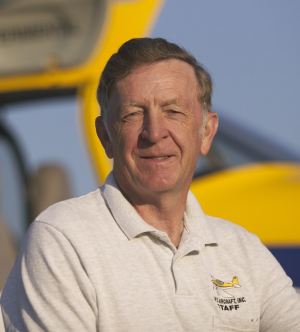 Dick (“Van”) VanGrunsven is founder and CEO of kitplane maker Van’s Aircraft. Van has been flying since 1956 and has logged more than 15,000+ hours (the majority of it in airplanes of his own design) and holds CFI, multi-engine, and ATP ratings.

We talk with Van about the kitplane business in general and the Van’s Aircraft planes in particular. Van tells us what it is about the character of the planes that makes them so popular with kit builders and with the pilots who fly them. We also touch on personal jets, the decrease in numbers of amateur built planes, and how the availability of used experimental planes contributes to shrinking sales of new kits. Van also talks about getting good flight instruction in experimental aircraft.

Throughout high school and college Van flew a Cub and a Taylorcraft from the 670 foot grass strip on his parent’s farm. After finishing engineering school and a stint in the Air Force, he purchased a homebuilt 65 hp Stits Playboy, which he rebuilt with a 125 hp Lycoming engine, bubble canopy, Hoerner style wingtips, and an all new set of cantilever aluminum wings to replace the strut-braced wood and fabric originals. Renamed the RV-1, the Playboy flew like a new airplane.

Van flew the RV-1 from 1965 through 1968 but he felt something better was possible. He wanted an airplane that was able to fly in and out of any reasonable airstrip, with enough power and maneuverability to do good basic aerobatics, and cruise as fast as possible. He reluctantly sold the RV-1 and began design and construction of a completely original airplane.

The single-seat RV-3 flew for the first time in August 1971. Van quit his job at a forklift manufacturer and began supplying basic kits for the RV-3.

Over the next forty years, Van’s Aircraft became the acknowledged leader in the kit aircraft world.  New aircraft, from the RV-4 through the Light Sport RV-12 and now the “widebody” RV-14,  have been introduced and each has proven successful in the marketplace. For most of that time, Van was chief engineer, head designer, and CEO of the company.

Mark Newton in his RV-6

Mark Newton is an Australian private pilot who started learning to fly in 1999, after a weather diversion as a passenger in a Grumman Traveller light aircraft wound-up as an unexpected overnight stay at a gliding field. Over the years Mark has flown 24 types of gliders, and he holds a glider instructor rating.

Gliders in Australia don’t require pilot licenses, so Mark didn’t start training for his PPL until 2008. He bought a well-built RV-6 in 2011, and enjoys using it for traveling to distant parts of the country, aerobatics, the odd “$100 hamburger,” and installing “RV-grins” on new aviators as part of their first taste of flight, including several who have gone on to gain pilot licenses of their own.

Boeing says will not make changes to Dreamliner stretch for Emirates

Emirates has said they will decide in 2016 if they will order almost 100 planes, either the Boeing 787-10 or the Airbus for A350-900. Emirates needs long-range planes that can operate in hot climates. Boeing Commercial Airplanes vice president of marketing Randy Tinseth says, “The plan is not to change the aircraft, we really like what we have.”

Wanted: Astronauts. Got the right stuff?

NASA announced that by summer 2017 they will begin recruiting a new astronaut class of 8 to 14 people. This is an item that Yong-Lim Foo should pay attention to, our listener from Singapore. There are some basic requirements: You have to be between 62 and 75 inches tall and have a military, science, or technical background. You could end up on the International Space Station, traveling to the moon, or maybe even going to Mars. For more information, see http://www.nasa.gov/astronauts.

Redge Greenberg, of Durango, Colorado, received the first SubSonex kit (S/N JSX0003) in February and is now the first customer to build and fly the SubSonex Personal Jet. The SubSonex is sold as a Quick Build Kit only. Greenberg has 4,500-plus hours in numerous aircraft and says, “…I never got the chance to fly a jet. I first saw the prototype of the SubSonex at Oshkosh, and followed the development for over a year. When Sonex offered the jet as a kit, I was first in line. Like my RV8, the SubSonex is aerobatic, but the Sonex company also included a ballistic parachute for extra safety.”

Pilatus Aircraft is entering the business jet market with its six-passenger PC-24, which had its first flight in May. Deliveries are expected to begin in 2017, the second half of that year for U.S. deliveries. This will compete with the Cessna Citation business jets.

The Aviation Herald reported that a Singapore Airlines plane with 2,186 sheep onboard diverted to Bali after “exhaust gasses and manure produced by the sheep” caused the smoke detector to go off. The airline says there is no evidence the livestock were responsible.

Pieter visits the Science Museum in London to show what visitors can see from an aviation perspective in the center of London. He gives a quick review of the aviation, aerospace and space exhibits on display and talks about other potential aviation sites to visit in the capital and elsewhere in the UK. The Science Museum is free and has a couple of hours worth of aviation exhibits if you want to slowly browse. If you want to speed around you can do them in less than an hour. However, the reset of the Museum will attract some attention as well and worthy of a whole day if you can spare it. Pieter also suggests making contact with him, if you are visiting and he (and his network) will help point you in the direction of aviation sites to visit in both London as well as the rest of the UK.

Do you know what this clock is? Can you explain the markings? Leave any information in the comments. 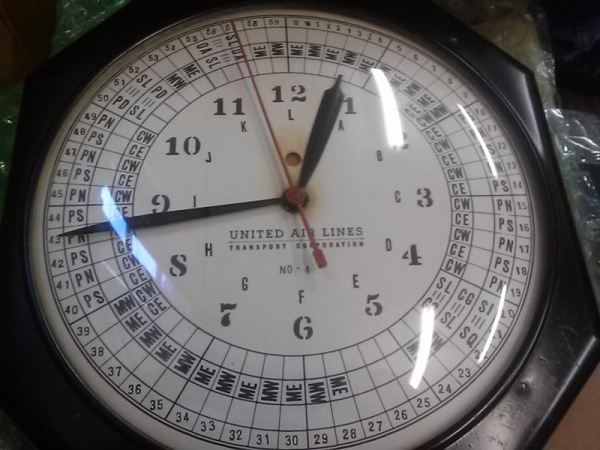 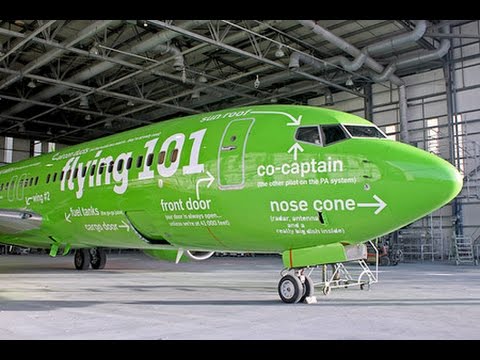 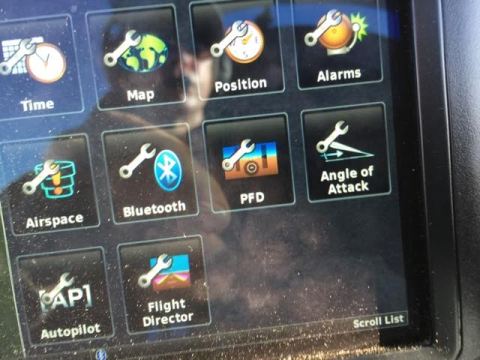 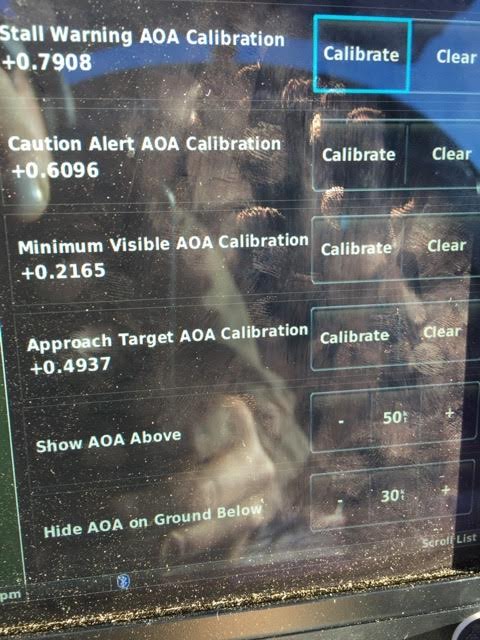 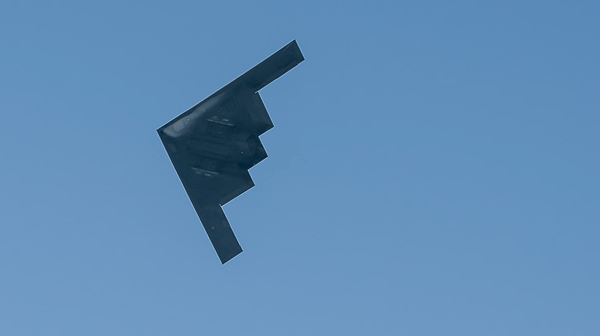 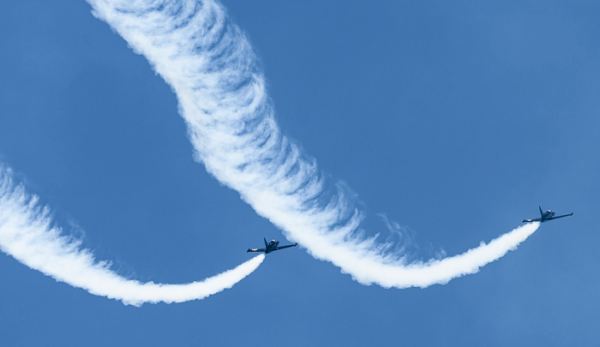 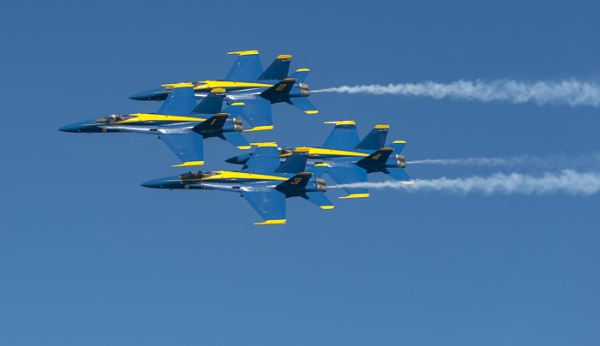 Photo of Van and RV-10 by Jim Koepnick.