Guest Nicolas Jackson talks about PC-based flight simulators. We learn that you can create the flight simulation experience you want – from flying a GA airplane in the pattern around your local airfield, to a transcontinental commercial flight.

We talk about alternatives to Microsoft Flight Simulator X (FSX), such as Lockheed Martin’s Prepar3D® simulation software and X-Plane from Laminar Research. Nicolas recommends the Steam edition of FSX distributed by Dovetail Games for new simmers. He also tells us about VATSIM.net, an international online flying network, and broadcasting on Twitch.tv, a live streaming video platform and community for gamers. 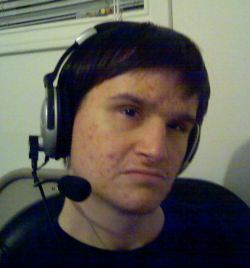 Nicolas Jackson fell in love with aviation at the age of 10 when he got his first ride in a GA aircraft. Five minutes at the stick and he was hooked. Soon after that first flight, he bought Sierra Pro Pilot 99. He later switched to Microsoft Flight Simulator starting with FS98 and running all the way to FSX. He started flying on the international online flying network VATSIM with complex airliner add-ons in 2006, and hasn’t looked back since. Nicolas currently flies a variety of FSX aircraft and co-hosts the Unicom Podcast as part of The IFlySimX Team.

The Airbus A350 and A320 family, as well as the Boeing 787 and 737, are sold out to 2020 and beyond. Airlines and leasing companies have no incentive to purchase more airplanes.

airBaltic becomes the launch customer for the CSeries CS300 airliner when it takes delivery in the latter part of 2016. The Latvian flag carrier has orders for 13 firm and 7 options for the 160 passenger CS300.

CityJet plans to take delivery of the 98-seat Sukhoi Superjet 100 in March 2016. The Irish regional airline is negotiating for 15 Superjets with 10 options.

Emirates Flight Training Academy is going to use a fleet of twenty-two Cirrus SR22 aircraft for its flight training program.

Justice Department antitrust chief Bill Baer says, “Allowing United to acquire even more slots at Newark would fortify United’s monopoly position and weaken the ability of other airlines to compete. That would leave the 35 million air passengers who fly in and out of Newark every year holding the bag.”

Last year, ultra low cost carrier Spirit Airlines began increased bag fees for the holidays, and they are doing the same this year. Frontier Airlines is also increasing their bag fees, but not just for the holidays. Frontier says they’ll charge a higher fee during the college spring break season, and during the summer travel season, from June 9 through Aug. 16.

Sen. Bill Nelson of Florida, the ranking Democrat on the Senate’s transportation committee sent letters to major airline CEOs asking them not to raise bag fees. Nelson wrote, “These increased surcharges fly in the face of declining fuel costs and appear focused on increasing profitability on the backs of American families,” 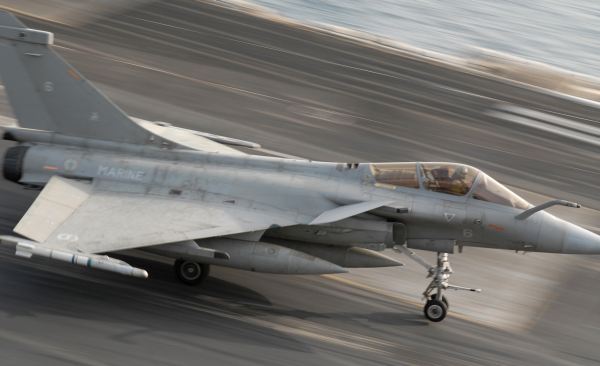 This week David looks at the tip of the spear for the Armee de L’Air, the Dassault Rafale.

Pieter welcomes back Diego López-Salazar from Aeropodcast to talk about his recent visit to Airbus and their Innovation Day presentations. They talk about some of the non-flying innovations Airbus is creating that may well find uses in other industries, such as Airbus Glasses, waste compactors, and paper cable ties. Pieter and Diego also get a short discussion in on the latest British Airways news, that IAG owned Vueling boss Alex Cruz is to become Chairman and Chief Executive of British Airways.

Terrafugia founder Carl Dietrich appears in the movie “Back in Time,” a documentary tribute to the Back to the Future movie series. The film is available on Netflix, Amazon, and iTunes, with tour dates running through November 24th. (The Terrafugia segment starts at 1:13:30 if you want to skip straight to it.)

25 Things You Didn’t Know About Air Force One

New Routes Mean More Noise for Some Homes Near Airports

4 thoughts on “AirplaneGeeks 377 Flight Simulation on the PC”