We talk with an experienced travel writer about the air travel experience, frequent flyer programs (should they be regulated?), and an idea to centrally lock overhead bins. Also, regulating commercial balloon operators, the future of the A-10 (yet again), GA and biz jet sales, and a massive FAA hiring plan for Air Traffic Controllers. We learn who really did fly first, and why an AMT career might be worth a second look. 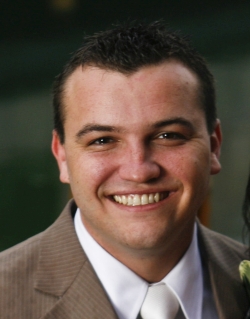 Kyle Stewart is a travel editor for Upgrd.com, a freelance travel writer, and he writes the Trip Sherpa blog. Upgrd.com is a resource website for frequent fliers featuring tricks of the trade and how to enjoy a first class experience on a coach budget.

Kyle tells us how frequent flyer programs and the travel experience have changed to what they are today. We also learn about airline mileage runs and status runs, what’s in Kyle’s “travel goodie bag,” and why the most important travel decision is to pay for the services that are most important to you.

Kyle flies several hundred thousand miles every year and has visited more than 50 countries on every continent except Antarctica. He has contributed to articles for Time, USA Today, Reuters, CNBC, MSN, Yahoo!, Huffington Post and many other media outlets.

The U.S. Department of Transportation’s has released an investigative report on airline loyalty programs. The report concluded that the government has the authority to regulate frequent-flier programs and asked for disclosure rules. The Office of Aviation Enforcement and Proceedings at DOT wants to learn more about problems with frequent flyer programs, and has a complaint form to collect data: DOT Air Travel Complaint – Comment Form.

Should overhead lockers be centrally locked?

When an emergency evacuation occurs on an airliner, passengers are instructed to immediately exit the airplane and leave all carry on luggage behind. Of course, that’s not what happens. A fire safety expert from London’s Greenwich University has called for a central locking system controlled by the flight deck.

The NTSB is investigating a hot air balloon accident in where the balloon struck power lines, exploded, and all 16 aboard were killed. Should commercial balloon pilots be more strongly regulated in the U.S.?

GAMA: Airplane shipments, billings down across the board

The General Aviation Manufacturers Association (GAMA) reports that in the first half of 2016, shipments for general aviation aircraft, turboprops, and business jets were down 4.5 percent over 2015. Billings were down 11 percent.

FAA Set To Hire 1,400 Entry-Level Air Traffic Controllers. The Catch: Only One Week To Apply

More like the pilot(s) of the week, this time. After the 2016 Rio Olympic Opening Ceremonies, David was once again thrust into the argument of who flew first. It wasn’t Alberto Santos-Dumont for sure, but he does deserve to be a Hero of Brazil. Listen to David prove it.

Some of the articles:

Mentioned in the segment:

The Realities of AMT Training. Here’s why an AMT career is worth a second look.

Milestones of Flight, Milestones in Life By David

Denver, Colorado to Jacksonville, Texas in a Cessna 150!

What a fire retardant drop looks like from right underneath

Intro music courtesy Brother Love from his Album Of The Year CD. Outtro F/A-18 flyby recorded by Ted at the 2016 Dayton Airshow.