We talk about being a second officer with an expat from a major Asian airline. In the news, families of MH-370 victims take the search into their own hands, a new flight approach pattern is under study, a WASP T-6 trainer and a film, a looming strike at Chicago O’Hare, and a Suzy story.

Andy Bard is a second officer at a major Asian airline, and he currently flies the Airbus 330 and A350. Originally from Northern Europe, Andy now considers himself a lifetime expat, and for the past 15 years he has worked all over the world in sales and office jobs before giving it all up to pursue a career as an airline pilot.

Andy explains the role and responsibilities of the second officer, also known as a cruise pilot or cruise relief pilot. He tells us about the training provided by the airline and how the class was composed of both locals and expats. Some had flight experience, and others had very little.

We talk about the implications of heavy demand for pilots in a region that has relatively little general aviation activity. Andy also gives us some insight into the life of an expat pilot, as well as his impressions of flying the A350.

Before being hired by the airline, Andy had around 300 hours, with a FAA CPL with instrument and multi ratings.  He also has as “frozen” EASA ATPL. To date, Andy has about 1,000 total hours, and he explains how the loggable hours for license purposes derived from second officer time are significantly lower.

MH-370: Families of those onboard missing aircraft to mount a debris-hunting trip to Madagascar

Six pieces of wreckage from Malaysia Airlines Flight MH-370 have been found on the coast of Madagascar. The Voice 370 family association says “there has been no systematic, organized search by any responsible party. This leaves the (next-of-kin) no other choice except to take it upon ourselves to do something to find answers and closure.” Four Malaysians, two Chinese, and a French next-of-kin are planning a self-financed trip to Madagascar in December.

The University of North Dakota and the AOPA Air Safety Institute are studying the use of a continuous turning approach or “circular pattern” as an alternative to the traditional “box” or rectangular traffic pattern. The idea came out of a recent loss-of-control panel where it was thought that changing the landing pattern might improve safety and reduce loss-of-control accidents.

The NTSB said “better training on how to eliminate distraction, avoid stalls, and manage weather issues will put pilots back in control and give them better command of their outcomes.” The GA accident rate per 100,000 flight hours dropped from 8.45 in 1994 to 4.66 in 2015, and the fatal accident rate dropped from 1.73 to 0.89 during the same period, according to the AOPA Air Safety Institute.

The ups and downs of being an airline pilot

This is not a news story per se, but it does contain some interesting aspects about being a notable airline pilot, including a story about past Airplane Geeks podcast guest Patrick Smith, publisher of the Ask the Pilot website, and author of the NY Times bestselling book “Cockpit Confidential: Everything You Need to Know About Air Travel.”

The Commemorative Air Force (CAF) started a Kickstarter program to fund the acquisition and restoration of one of the actual AT-6 aircraft used for Women Airforce Service Pilots (WASP) flight training. This aircraft will be featured in a new film, Rise Above: WASP, narrated by actress Sigourney Weaver.

Some of the airport janitors, baggage handlers, cabin cleaners, and wheelchair attendants are paid minimum wage, which is $8.25 an hour in Illinois. They want to be paid $15 an hour and so they plan to strike. But after the very busy Thanksgiving holiday.

David brings us another Suzy story, this one called Suzy and the Turkey Shoot. Suzy also appeared in Episode 279 Christmas, Episode 286 Valentine’s Day, and Episode 412 Stars.

The Order of the A-4 Tail Hook

Photos by Ian Allen from Ardmore 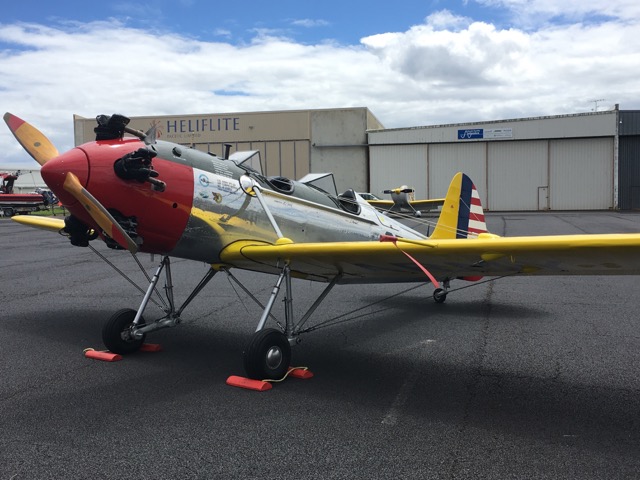 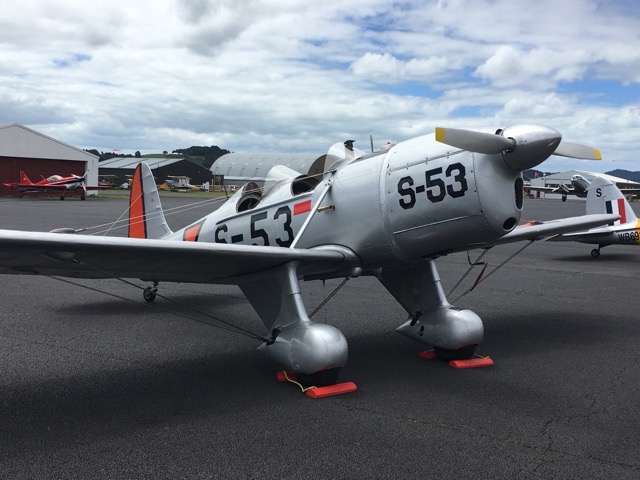 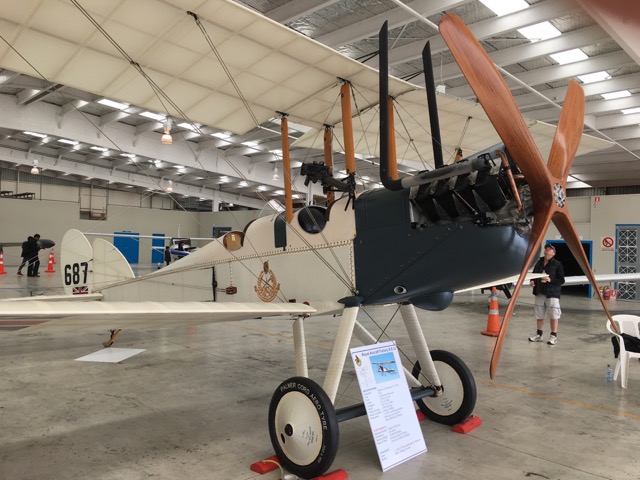