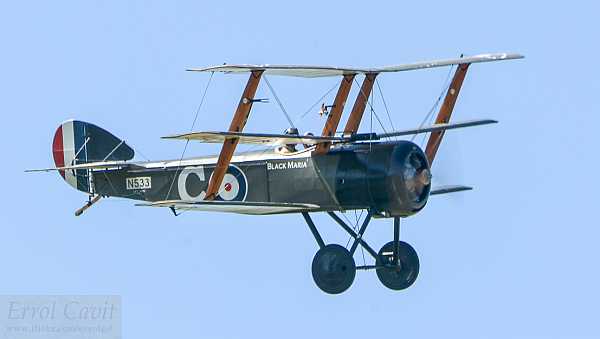 “Black Maria” from the Black Flight by Errol Cavit

We start the new year with some recordings send in by members of the Airplane Geeks community. These look back at 2016, and ahead to 2017. In the news, we discuss angle of attack indicators for Skyhawks, the pilot shortage in Alaska, miscommunications between ATC and a commercial flight, A380 delivery issues, when is an F-35 an F/A-18?, comfort animals at the airport and in the air, and DHS collecting social media accounts.

An angle-of-attack (AOA) system from Safe Flight Instrument Corporation is standard on new Cessna 172S Skyhawk deliveries starting this month. Textron Aviation is offering the system as a $5,000 option on the 182T Skylane and Turbo Stationair HD T206H.

The New York Times calls Alaska “the nation’s most aviation-dependent state…with six times as many pilots per capita as the rest of the nation.” But for a variety of reasons, there are not enough pilots to service the local demand for bush pilots.

As one response, the University of Alaska’s Center for Unmanned Aircraft Systems Integration, is testing unmanned aircraft in arctic conditions. Oil companies are using drones for pipeline inspection.

Oy: You Have To Hear This Audio Between ATC & EVA Air Pilots

Miscommunication between Air Traffic Control and an EVA Air 777 leaving Los Angeles for Taipei almost resulted in a crash into a mountain. The flight needed to turn to a heading of 090, but that could be accomplished by making the smaller turn to the right, or the longer away around to the left. It was a life or death choice.

Airbus postpones deliveries of 12 A380 planes to Emirates Airline

In a statement, Airbus said, “Airbus re-confirms the target to deliver around 12 A380s per year from 2018 as announced earlier in July 2016. Further fixed cost reduction initiatives will be accelerated so the impact on break-even in 2017 is minimal.”

Airbus A380 hopes take a hit in Iran deal

Iran placed a firm order for 100 Airbus aircraft, but the twelve A380s contemplated in the preliminary agreement were dropped.

Donald Trump tweeted: “Based on the tremendous cost and cost overruns of the Lockheed Martin F-35, I have asked Boeing to price-out a comparable F-18 Super Hornet!” Trump told reporters, “We’re trying to get costs down, costs. Primarily the F-35. That program is very, very expensive.”

The ‘Super’ Plane That Could Replace the F-35 Stealth Fighter: Could the F/A-18 Super Hornet be a real alternative?

War is Boring tells us not to interpret Donald Trump exactly literally.

Tutu-wearing LiLou is now the designated therapy pig at San Francisco International Airport. She joins SFO’s Wag Brigade program that uses trained dogs under escort in the terminals. The Cincinnati airport hired its own therapy pig

The U.S. Department of Transportation says the Advisory Committee on Accessible Air Transportation (ACCESS Advisory Committee) “was established to negotiate and develop a proposed rule concerning accommodations for air travelers with disabilities addressing in-flight communications, accessible lavatory on new single-aisle aircraft, and service animals.” The Committee says they have an agreement to improve the accessibility of lavatories to wheel chairs on single-aisle aircraft, but no consensus on service animals.

Foreign travelers entering the U.S. on the visa waiver program are being asked by DHS to “voluntarily” provide their social media accounts. This is seen as a method to help identify potential threats and prevent terrorism.

We asked the Airplane Geeks community to send us brief recordings looking back at aviation in 2016, or ahead to 2017. We weren’t disappointed, and would like to thank the following for their contributions: NASA Historian Bill Barry, Ariel (an active member of our Slack team), Micah (Our Main(e) Man), Bill English (an NTSB investigator), Errol Cavit (another Slack team member who also has a knack for capturing images of beautiful airplanes), and Glen (a faithful listener from New Zealand). 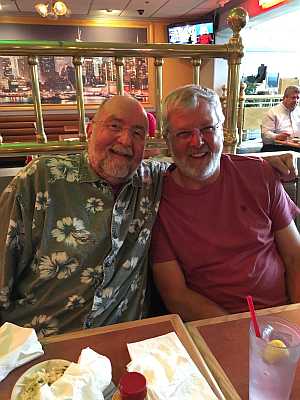 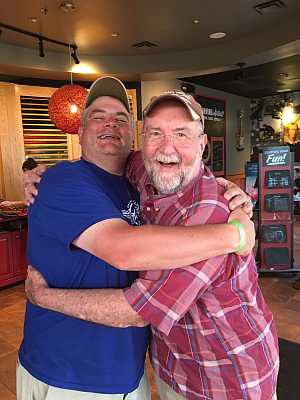 366 members of the Airplane Geeks community were kind enough to give us some great feedback, and we discuss what we learned. Some of the 2017 Listener Survey Results are available for you to see.

Featuring Carlos and Matt from Plane Talking UK, Pilot Pip and Capt Al, from Plane Safety, Capts Jeff, Nick and Dr. Steph from Airline Pilot Guy, Marcus from Omega Tau, Micah and Brian from the Airplane Geeks, and Steve and Grant from Plane Crazy Down Under …all on one totally bonkers Christmas podcast. Video.