Our guest is a founder of electric airplane company Zunum Aero, and he has a strong vision for the future. In the news: an update on the fatal Icon A5 crash, the disruptive nature of electric and autonomous vehicles, and the Airbus Fly Your Ideas contest. Also, some observations from the Wings Over Pittsburgh air show, the Aerospace Media Dinner and Awards, and advice to listeners about a flying career. 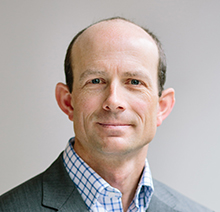 Matt Knapp is a Founder of Zunum Aero, a company that seeks to democratize access to high-speed travel through hybrid-electric regional airplanes.

Matt describes the vision of Zunum Aero, and tells us about the team and advisory board that has been assembled. He notes that the jet engine shaped aviation, and now electric power is poised to shape aviation again, initially in the regional sector.

We discuss the current state of battery technology and how Zunum is dealing with the moving target of available energy sources. Matt explains how the airplanes being developed are optimized for low costs over regional distances. We talk about the range-optimized powertrain, the battery charging strategy, and the long lead time challenges of technology development and meeting regulatory requirements.

Matt started his passion for aviation by building model rockets and airplanes at age 5. He received a pilot’s license at 17, and went on to earn his BS and MS in Aerospace Engineering at MIT. Before founding Zunum Aero, Matt was Lead Designer for the Javelin high-performance jet, and Lead Aerodynamicist for Pioneer Rocketplane’s spacecraft. Matt has consulted for major aircraft OEMs, NASA and DARPA. He’s also a certified flight instructor.

The National Transportation Safety Board (NTSB) preliminary report on the fatal Icon A5 crash centers around the account of a witness in a boat on the same lake. The witness observed the airplane flying about 30 to 50 feet above the water, heard the engine “rev up,” and saw the airplane drift to the right before it left the field of view. Subsequently, the witness heard the sound of impact.

The San Francisco-based research group and think tank RethinkX says, “We are on the cusp of the fastest, deepest, most consequential disruption of transportation in history. By 2030, within 10 years of regulatory approval of Autonomous Vehicles, 95 percent of U.S. passenger miles traveled will be served by on-demand autonomous electric vehicles owned by fleets, not individuals, in a new business model we call “transport-as-a-service” (TaaS)”

The University of Hong Kong took home the prize in the Airbus Fly Your Ideas contest. Their idea is to create a storage space under the seat in front of you by dropping the area down under the cabin floor into the top of the cargo compartment. This year’s competition set a new record with nearly 5,500 students from around the world taking part.

The Aerospace Media Dinner and Awards, are to be presented in Paris on 18th June, 2017. The awards “…have been created to honour individuals and publishers who have made a significant contribution to aerospace publishing.” Shortlisted finalists include: