We talk with an Airbus A350 captain who has a long history flying commercial aircraft. In the news, we consider one-person flight crews, U.S. airlines looking to scale back consumer protection regulations, ADS-B vulnerabilities for military aircraft, and largest ever Piper order for training planes, plans for the Air Force bomber fleet, and Southwest runs out of glycol. We also have a conversation about ATIS with the Chief of the Air Traffic Control Division at Robert Gray Army Airfield. 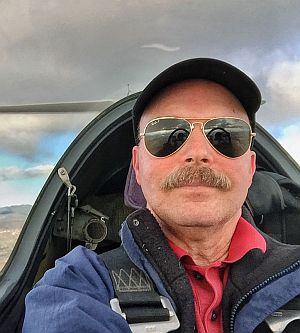 Bill Palmer is an A350 captain and an instructor pilot/check airman. He has been heavily involved in Airbus training since the early 1990’s, and Bill is the author of Understanding Air France 447 and other publications on Airbus flight control laws. Bill also holds a commercial glider rating and flies his Rolladen-Schneider LS-3 for fun in southern California.

Bill describes the transition to the A350 as like going from DOS to Windows. The aircraft shares some commonality with A380, and Bill describes fly-by-wire and the flight control laws. We also hear about other features of the A350, such as the paperless cockpit implementation and the availability airport runway, taxiway, and gate information to pilot. The plane will calculate landing distance and brake to the correct speed for the selected taxiway. Bill also describes the A350 runway overrun protection and the auto-flight system’s automatic TCAS and wind shear recovery.

Bill started flying at the age of 15, soloed on his 16th birthday and completed his private certificate at 17. He attended Embry-Riddle Aeronautical University and holds a BS in Aeronautical Science. He earned his flight instructor certificate in 1978 and has been instructing almost non-stop since then while holding airplane, instrument, multi-engine, and ground instructor certificates. Besides light aircraft he has also taught on the 727, 757, A320, DC-10, and A330, and written manuals for the DC-10, A330, and B-787 fleets. He has also produced numerous training publications and videos for the various fleets as well.

At the Singapore Airshow, Boeing research and technology vice-president Charles Toups said, “We are studying [one pilot operations], and where you will first see that is probably in cargo transport, so the passenger question is off the table.” Also at the Singapore Air Show, ST Aerospace showed the concept for an unmanned freighter piloted by an artificially intelligent computer. ST Aero was optimistic about an unmanned freighter within the next five years.

A 45-page Government Accountability Office report titled Urgent Need for DOD and FAA to Address Risks and Improve Planning for Technology That Tracks Military Aircraft [PDF] says that neither the Department of Defense nor the FAA has taken significant steps to mitigate security risks associated with openly transmitting flight data from military aircraft.

Chinese Fanmei Aviation Technologies has ordered 152 training aircraft from Piper Aircraft. Fanmei is Piper’s dealer in China, and a subsidiary of Sichuan Fan-Mei Education Group Co., which provides aviation education in China. This is reported to be the largest single order for training airplanes in Piper’s history. The seven-year purchase agreement is valued at $74 million and includes 100 Archer TX single-engine trainers, 50 twin-engine Seminoles, one Seneca twin, and one Piper M350.

In its Fiscal Year 2019 Budget Request, the Air Force outlined plans for its bomber fleet, which include a plan to update the B-52 Stratofortress fleet, continue modifications to the B-1 Lancer and B-2 Spirit fleets, while continuing to acquire B-21 Raiders.

‘How does one airline run out of de-icer?’: Some gripes at Midway after Southwest’s cancellations

Southwest Airlines had to cancel more than 250 flights from Midway Airport after running out of de-icing fluid. One of the glycol tank pumps wasn’t working properly and some of the de-icing fluid could not be accessed.

Rolls-Royce UltraFan® – The Ultimate Jet Engine and Lego Ultrafan in the flesh! @RollsRoyce, a video on Twitter by Andrew Smyth‏.

Nine Aviation and Space Achievements Compete for the 2017 Collier Trophy [PDF] and GA Companies Among Those Vying for Collier Trophy.

The 101-year-old woman who flew Spitfires in WW2