This episode we take a look at some of the stories to come out of the 2018 Farnborough Airshow including the orders, the Boeing NMA, the Airbus A220, a startup airline, and engines powering new aircraft. In the news, we look at the Ryanair strikes, the top ten airlines, United flight attendants preparing to pitch the airline’s credit card, and the Airbus A321LR and XLR. We also have an interview with the director of the Portland International Jetport, and an important announcement.

The Farnborough Airshow was 16-22 July 2018. We talked about some of the stories from that week:

CFM to compete for NMA even if required thrust rises

Even if Boeing’s power requirement for the New Mid-market Airplane’s engines goes over 50,000 lb-thrust each, CFM International still plans to participate in the competition. CFMI is the joint venture between GE Aviation and Safran Aircraft Engines (formerly known as Snecma).

Airbus and Boeing announcing firm net orders and commitments for more than 960 aircraft, valued at $160 billion at list prices. This compares to sales of 917 aircraft announced at the Paris Air Show in 2017.

Airbus has had up to 100 A320neo jets sitting on the ground waiting for engines, mainly from Pratt & Whitney.

United plans to take the 25 of the E175 SC variant in 2019, replacing Bombardier CRJ700s at a regional operator. The SC variant is configured with 70 seats instead of the US standard of 76 seats. United’s scope clause with its pilots limits it to 255 large regional jets with 70-76 seats, including 102 70-seaters and 153 76-seaters. The United chapter of the Air Line Pilots Association (ALPA) responded, “This aircraft is designed to hold over 80 seats and will be flown to outsourced express carriers in the 70-seat configuration. Revenue plummets and costs skyrocket. Bringing this flying back to mainline United Airlines will lower costs, increase revenue, and allow United to once again control its product.”

Pratt & Whitney’s PW1500G geared turbofan has been granted extended twin-engined operations (ETOPS) of up to three hours. A total of 38 A220s are in service at Swiss, Air Baltic, and Korean Air. Another 424 are on order, including the 60 ordered by JetBlue Airways earlier this month.

Airbus Chief Commercial Officer Eric Schulz announced that Pratt & Whitney will supply at least 120 geared turbofan engines to power the 60 Airbus A220-300 aircraft for David Neeleman’s new airline. Airbus signed a memorandum of understanding at the Farnborough International Airshow with a group of “experienced investors” who plan to start the new U.S. airline.

GoFly was launched in September 2017 as a contest to create a personal aircraft that can fly a human 20 miles safely without recharging or refueling and using VTOL or near-VTOL capability. Pratt & Whitney is sponsoring the $100,000 Disruptor Award for the most innovative team in the competition. Over the next two years, teams will compete to win $2,000,000 in prizes. At the Farnborough Airshow, GoFly announced the 10 Winners of the GoFly Challenge: Phase 1.

The LM-100J Wows a Global Audience at Farnborough Airshow

The World’s Best Airlines for 2018

The 2018 Skytrax World Airline Awards are out and Singapore Airlines tops the list, followed by Qatar Airways, ANA All Nippon Airways, Emirates, and EVA Air. U.S. carriers placed deep in the list. This year’s survey saw over twenty million entries.

Travel news website Skift reports that starting in September, United will join other airlines in pushing their branded credit card to passengers. Flight attendants will receive $100 for every customer they sign up. John Slater, the senior vice president of in-flight services said, “Some of our biggest competitors, including American, actively promote their cards through the Inflight division and have a sizable lead on the number of new customers their flight attendants generate by marketing the card on board. We need to answer this challenge just as we would any other competitive threat.”

An Airbus A321XLR Could Be a Game Changer for JetBlue

JetBlue has the option to convert some of its Airbus A321neo orders to the A320LR with a range of up to 4,000 nautical miles, but they must give Airbus 24 months notice. JetBlue is considering where they can make the greatest margins – on domestic flights with the A321neo or transatlantic flights with the LR neo variant. But a possible A321XLR with a 4,500-mile range may be on the way with a larger center fuel tank and increased maximum take-off weight.

Our Main(e) Man Micah spoke with Paul Bradbury, airport director at Portland International Jetport about a number of topics that impact the airport and the community. 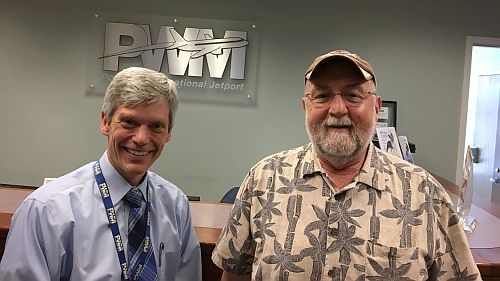 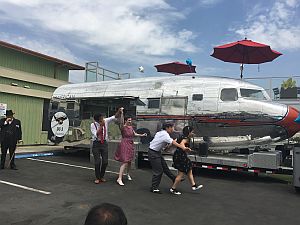 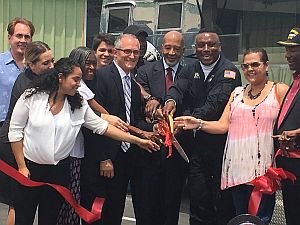 The Wings Over New Zealand Show.