We look at how artificial intelligence is impacting commercial aviation and a consider a few of the areas that hold the greatest promise. In the news, a concept that would have pilot conversations monitored by an AI agent, how to get new airplanes signed off by the FAA during a furlough, Norwegian Air Shuttle’s share offering, and the loss of a remarkable female military aviator. 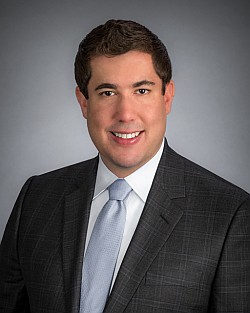 Mark Roboff is an IT executive with over 15 years experience in artificial intelligence and related fields. He’s been a true AvGeek since he was little, and Mark loves working in aviation – first as Global Solution Leader for Aerospace at IBM, then more recently as VP of Aviation at a prominent AI startup, and now as General Manager for Digital Transformation, Aerospace & Defense at DXC. Mark has worked with OEMs, Tier-1 suppliers, and numerous airlines on AI, advanced analytics, and IoT/sensors, with a focus on key application areas such as AI-driven maintenance and autonomous flight.

Mark tells us about the state of the aviation industry with respect to AI technology and AI applications. He characterizes maintenance and flight operations as the low hanging fruit. An AI-driven predictive maintenance capability would provide great value to the airlines.

We consider what is required to close the gap and bring these applications to the industry. The need for data to teach the AI engines is key, and Mark explains how the “terabyte of data per flight” that we hear about isn’t representative of the entire fleet. Many aircraft are simply not architected to provide that volume.

Mark also explains the circumstances where AI be useful. An interesting example is prognostic maintenance models for components like seats. Premium airline seats are complex, expensive, and don’t necessarily have sensors. A health management system where AI is trained from maintenance logs offers real potential.

We also look at AI and autonomous flight. Mark points out some differences between autonomous automobiles and autonomous aircraft and how their respective technological gaps are different. Social and regulatory issues remain a challenge.

Mark has worked closely with IATA as a strategic partner on AI-driven maintenance, helping to define the next generation of aircraft health management tooling and predictive maintenance solutions. He has given keynotes at the IATA Safety & Flight Ops Conference and the IATA Maintenance Cost Conference, and he has also spoken at AviationWeek’s MRO conferences across the globe. Mark gave the AI keynote at the SAE Aerospace Standards Summit this past October and is chairing a proposed SAE committee focused on Applied AI in Safety-Critical Systems.

NIIT Technologies is recommending that airlines use AI to monitor pilot voices to predict whether a crew will be late on their way to the airport, to determine if a particular pilot is the right “fit” for the job, or to monitor pilot conversations and improving safety through flight operation quality assurance (FOQA) and real-time monitoring.

The company says, “Using our data technology, we can acquire the voice of the pilot while they are flying and use AI to differentiate between what is a normal and expected conversation or determine if there is increased stress in the pilot’s voice.”

Southwest Airlines wanted to put three new jets into service. For that, they needed the sign off of an FAA safety inspector. The problem was, the safety inspectors were furloughed during the partial government shutdown. Southwest agreed to cover the cost of briefly recalling a furloughed inspector. Is this special treatment? The Professional Aviation Safety Specialists, AFL-CIO (or PASS) feels they should have been notified.

In an effort to keep the airline afloat, Norwegian is undertaking a 3 billion kroner ($353 million) rights offering. They just announced a 2.5 billion kroner yearly pretax loss and they have a 250 million euro ($286 million) bond maturing in December.

1 thought on “538 AI and the Aviation Industry”