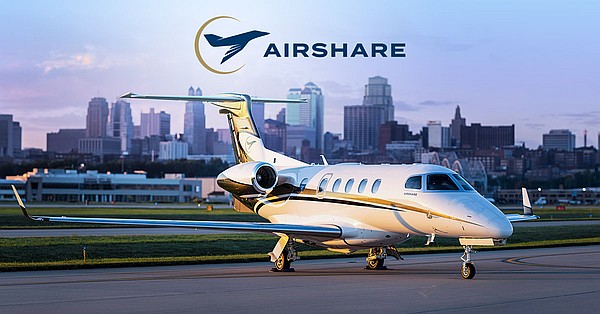 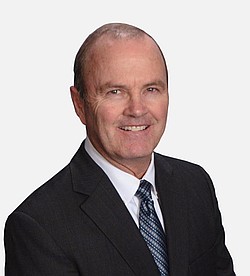 Harry Mitchel is chief operating officer of Airshare, a large provider of fractional and aircraft management services. Airshare operates Phenom 100 and Phenom 300 aircraft in the fractional space, and also provides managed aircraft services where they maintain, crew, and schedule the owner’s aircraft.

As COO, Harry oversees all aircraft operations for the company, including flight operations, maintenance, scheduling, and managed aircraft. He has more than 35 years of experience in commercial and corporate aviation, including serving as vice president of operations for Colgan Air in Memphis, Tennessee.

Holding a bachelor of science degree in aeronautical science from Embry-Riddle Aeronautical University, Harry has more than 7,000 hours of experience as an ATP pilot in global operations.

FAA regulation requires that starting Jan. 1 2020, aircraft must have ADS-B Out while flying in most controlled airspace. FlightAware reports that as of June 2019, 77% of the turbine-powered U.S. business aircraft are equipped with ADS-B

After atypical cracks were discovered during scheduled depot maintenance, the Air Mobility Command has grounded 123 of the 450 C-130 Hercules aircraft. Aircraft inspections have been ordered.

Associated Press reports that the Department of Homeland Security Cybersecurity and Infrastructure Security Agency (CISA) issued a security alert for small planes which warned that “modern flight systems are vulnerable to hacking if someone manages to gain physical access to the aircraft.” According to AP, cybersecurity firm Rapid7 looked at small aircraft and “found that an attacker could potentially disrupt electronic messages transmitted across a small plane’s network, for example by attaching a small device to its wiring, that would affect aircraft systems.”

But NBAA president and CEO Ed Bolen writes that the AP story, “missed or mischaracterized some key points about small-airplane security.” He says the DHS notice applies to all aircraft, it’s not a GA notice. Also the story “misrepresented the nature of the potential security breach involved.”

Maine Voices: Issues with jetport noise are both exaggerated and avoidable

Some residents of Portland Maine have been complaining about the noise from the Portland International Jetport. United States Senator Susan Collins has even gotten herself involved. Our Main(e) man Micah stepped up and penned a letter that was published by the Portland Press Herald. In it he makes a number of points about airport noise, including the approach taken in the Salt Lake City area as related by listener Patrick.

Southwest Airlines launched the Destination 225° career program to build career pathways for qualified pilots to become first officers. Program participants receive a  Southwest mentor, attend training activities and events at Southwest, and ultimately have an opportunity to apply for a position as a Southwest First Officer.