We talk with Sonia Greteman about the history of Wichita and the new book Wichita: Where Aviation Took Wing. Also, conversations from Dorkfest LAX including with United Airlines CEO Oscar Munoz. In the news, the FAA and European regulators differ over the 737 Max, general aviation responds to the devastation caused by hurricane Dorian, and the last Red Bull Air Race. Launchpad Marzari’s reveals the airplane he’s purchasing, Micah reflects on a summer of aviation, and two Australians begin podcasting again. 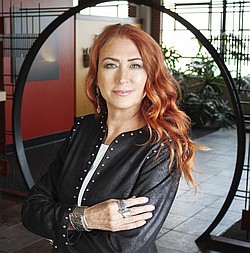 Sonia Greteman is the president and creative director of Greteman Group, an aviation-specialty marketing agency based in Wichita, Kansas.

Sonia tells us some of the rich aviation history captured in the new book Wichita: Where Aviation Took Wing, which celebrates the history of Wichita, the “Air Capital of the World.”

The firm is a founding member of the Wichita Aero Club and a longstanding member of the National Business Aviation Association (NBAA). Greteman Group is a woman-owned business enterprise (WBE) and in 2019 celebrated their 30th anniversary since its founding in 1989.

Regulatory agencies around the world would typically defer to the FAA to reinstate flights when a fleet is grounded. But the European Union Aviation Safety Agency (EASA) is conducting its own review of the airplane. EASA is expressing conditions that differ from those of the FAA. See also, European aviation safety agency sets strict demands for Boeing 737 MAX return to flight.

Hurricane Dorian flattened much of the Bahamas. As is often the case in natural disasters, general aviation steps in and provides critical assistance. However, “lone wolf” relief flights are advised to first receive approval to operate from the Bahamas National Emergency Management Agency (NEMA) and/or the Bahamas Civil Aviation Authority. The NEMA website has a link to Hurricane Dorian Volunteer Registration Forms with instructions.

Our Main(e) Man Micah reflects on the many aviation events he’s participated in this year.

Brian Colemen spoke with some of the participants at this year’s Dorkfest, including United Airlines CEO Oscar Munoz, Airplane Geeks co-founder Courtney Miller, and aviation uber-geek Isaac Alexander. More interviews are to come. See also: Cranky Dorkfest LAX 2019 Was One for the Record Books. 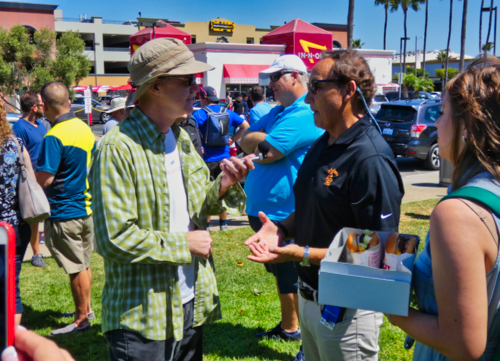 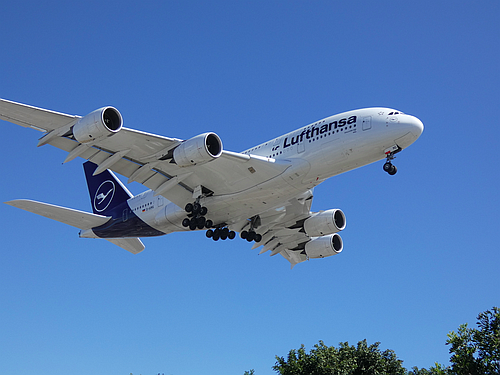 Lufthansa A380. Photo by Isaac Alexander.

We’ll have more interviews from the event in next week’s episode.

We learn more details about the airplane that reporter-at-large Launchpad Marzari is purchasing, and the complicated process involved.

Plane Crazy Down Under refugees Steve Vischer and Grant McHerron are again teamed up and the boys have started a new podcast called Airwaves by Aviation Trader. Coming soon to iTunes and major podcast apps. If you can’t wait, copy and paste their RSS feed into your podcast app to subscribe now.

Video: Airventure Trip 2019. Listener Mike Smith captured the 2019 trip from Boston to Oshkosh in his home-built Sonex. Mike stopped at the U.S. Air Force Museum in Dayton along the way in his 1,900 nautical mile trip with 20 hours of flight time.

Several listeners pointed us to this story where a student pilot had to land the plane after his instructor became incapacitated.