The president and CEO of AeroTEC explains the process for engineering, testing, and aircraft certification. In the news, Boeing expects deliveries of the 737 MAX to resume in December 2019, the FAA has a new ADS-B privacy policy, WOW rises from the ashes as Icelandic LCC Play, and a gender reveal stunt ends in a crash. Also, the Commemorative Air Force’s first Air Force One, the Evolution Turbine, comments on Garmin’s Autoland, and the Sukhoi Superjet 100. 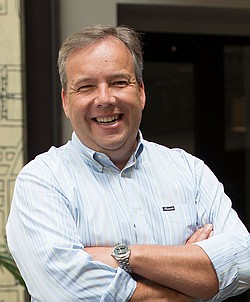 Lee Human is president and CEO of AeroTEC, an independent provider of initial engineering, design, prototype manufacturing, testing, and airworthiness certification. The company uses in-house instrumentation, software, tools, and processes throughout the projects.

We discuss aircraft certification: what it is and how it takes place within the overall design and development process of a new aircraft or aircraft modification. Lee explains organizational delegation and why there is a partnership between the FAA and the manufacturer. We talk about the independence of the decisions DERs make and the establishment by the FAA of the roles in the compliance review community.

Since aircraft certification is a current topic as it relates to the Boeing 737 MAX, we take the opportunity to consider if larger quality system issues are the root of recent aircraft problems. Lee discusses the certification criteria used for the 737 MAX and the possible impact of a long legacy design history.

Lee explains why OEMs come to AeroTEC for services, and he tells us about some of the new initiatives, such as electric aircraft projects with magniX (see episode 524 where we talked with CEO Roei Ganzarski) and Eviation. He also touches on the Supersonic Flight Alliance which seeks to provide a space for responsible supersonic development in Washington State.

Lee has been personally involved in the testing, engineering, and certification of over 50 major aerospace projects, including Aviation Partners’ Blended Winglets on the B737, B757, and B767 as well as Gulfstream, Hawker, and Falcon aircraft. Lee also worked on the Lockheed Martin Cooperative Avionics Test Bed (CATB) 737-300 with F35 (JSF) systems, the Hawker Beechcraft King Air 250, and the Mitsubishi MRJ type certificate.

Prior to starting AeroTEC in 2003, Lee was flight test manager at Aviation Partners Boeing (APB) and before that he was a lead engineer at Aircraft Engineering Specialists (AES).

Lee is a graduate of the University of Massachusetts Amherst College of Engineering and has earned credentials as an FAA DER, as well a private multi-engine instrument pilot’s license.

Boeing said 737 MAX deliveries should resume in early December 2019. Airlines could start flying the plane in January. Recently, Southwest Airlines and American Airlines pulled the 737 MAX from their schedules until early March. A Boeing spokesman said, “We know they need more time to get their fleets ready and pilots trained, but the plane and training [approvals] will both be done by January, permitting commercial service.” The Federal Aviation Administration reiterated that its officials “have set no timeframe for when the work will be completed.”

A new Privacy ICAO Address (PIA) will be available on January 1, 2020, on 1090 MHz ADSB-Out in U.S. domestic airspace. This will happen in two phases: First, business and general aviation operators will be able to apply for the program directly through the FAA. Later, the FAA will transition the service to a “third-party service provider.” The FAA commented, “The NBAA and members of the GA community have cited the lack of privacy as a barrier to ADS-B Out equipage. In order to mitigate these concerns, the FAA has initiated the Privacy ICAO Address program with the objective of improving the privacy of aircraft operators in today’s ADS-B environment by limiting the extent to which the aircraft can be quickly and easily identified by non-U.S. government entities, while ensuring there is no adverse effect on ATC services.”

New low-cost carrier PLAY will operate the A320 family, flying both passenger and freight. As did WOW, the airline plans to fly east and west from Iceland. When the fleet grows to six by spring serving Europe, PLAY will then look at North American routes in the Summer. See also Play Plans to Expand Fast.

An expecting couple planned to have an Air Tractor 602 aerial application aircraft spray pink dyed water to announce they would be having a girl. That part worked, but what happened next was unplanned.

Reporter-at-large Launchpad Marzari speaks with Nick Widenkoff at Wings Over Dallas about the first Air Force One, an Aero Commander. To learn more about this aircraft, visit Ike’s Bird and the Commemorative Air Force.

Avionics: When all else fails an app that helps you glide to safety