We explore hypersonic flight and the research being conducted at the University of Texas at San Antonio. In the news, federal aid for the airlines suffering under the pandemic, treating aircraft interiors with anti-microbial spray, a secret Air Force fighter jet is revealed, and more on JSX and Orange County Airport. 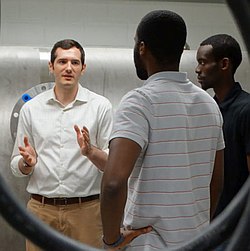 Christopher S. Combs, Ph.D. is the Dee Howard Endowed Assistant Professor in Aerodynamics at the University of Texas at San Antonio (UTSA) Department of Mechanical Engineering. He currently leads a group of graduate and undergraduate students studying problems related to hypersonic aerothermodynamics. Chris is also leading the construction of a Mach 7 wind tunnel facility at UTSA. His primary area of research interest is in the development and application of non-intrusive laser-based measurement techniques for compressible flows.

Chris explains why Mach 5 is used as the definition of hypersonic flight, the heating effect at that speed on materials, and the unique chemistry of the air. He tells us about the Mach 7 wind tunnel (a Ludwieg tube) that UTSA is building to study the aerodynamic effects of fast-moving objects. Those include destructive shock waves and boundary layer flows.

We look at the rate of data sample collection in the tunnel and the type of sensors used, which include non-intrusive diagnostic techniques rather than intrusive probes. Interestingly, laser light can be used to probe the chemistry of a molecule and measure temperature and pressure.

Chris also considers likely future hypersonic applications in space and with the military. Commercial applications remain interesting, but far in the future. 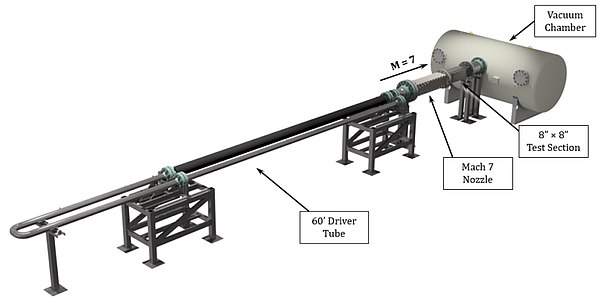 Chris has extensive experience in investigations of hypersonic flow physics, with over 50 technical publications in this field and over $10M in research funding from various organizations including NASA, USAF, US Navy, and DARPA.

Chris active with the American Institute of Aeronautics and Astronautics (AIAA), the American Society of Mechanical Engineers (ASME), and the American Physical Society (APS) and is a member of the AIAA Aerodynamic Measurement Technology Technical Committee, the San Antonio Chamber of Commerce Aerospace Committee, and the Dee Howard Foundation Education Advisory Council.

Under the CARES Act, $25 billion in federal aid was available to the airlines. That Act expires September 30, 2020, and most airline CEO’s want another round. So do the unions.

United Airlines pilot union voting to save thousands of jobs

The MicroSonic NovaRover machine sprays the anti-microbial chemical Zoono Microbe Shield that “forms a long-lasting bond with surfaces and inhibits the growth of microbes.” United will use the 100-pound robot at 10 U.S. airports. United said the NovaRover “is designed to apply a super fine mist… that coats all surfaces in a 12-foot radius with a single spray.”

The full-scale flight demonstrator was built under the Air Force’s Next Generation Air Dominance (NGAD) classified program. Air Force acquisition head Will Roper said the jet could move into production “pretty fast” and “We are ready to go and build the next-generation aircraft in a way that has never happened before.” Roper would not give any details of the aircraft. The NGAD was designed and tested digitally before it was actually built.

Why JSX is Being Kicked Out of Orange County Airport

Previously, JetSuiteX (or JSX) announced it was told that it was no longer welcome at John Wayne Airport in Orange County, California. Cranky Flier uncovers what’s really behind the story.