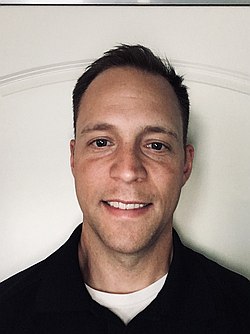 Josey Billington is the Director of Flight Operations for Quantum Spatial, an NV5 company. Quantum Spatial became the first full-service geospatial company to achieve International Standards for Business Aircraft Operations (IS-BAO) certification. This designation was developed by the International Business Aviation Council (IBAC) and verifies that the company’s flight operations division has adopted the best practices necessary to reach the highest levels of safety, security, and professionalism in its airborne data acquisition activities.

Josey explains the motivations behind the IS-BAO certification and how it is an ongoing piece of an organization’s safety culture. He also shares some thoughts on flying as a survey pilot.

Josey is a former U.S. Marine and airline pilot and holds an airline transport pilot (ATP) certificate, as well as a certified flight instructor (CFI, CFI, MEI) certificates from the FAA. In December of 2019, Josey obtained the coveted Certified Aviation Manager (CAM) certificate from the National Business Aviation Association (NBAA).

Not unexpectedly, airlines are deferring 737 MAX orders as the demand has dropped off a cliff. American has deferred delivery of 18 MAX jets from 2021 and 2022 to 2023 and 2024. Southwest is talking to Boeing about deferrals.

The story of who wants what fighter jet in the Middle East.

The next generation of U.S. fighter jet may be flying already.

Results from listener poll 623: “What is your favorite aircraft and why?”

This episode’s listener poll: What is the longest flight you have ever been on?

Our Main(e) Man Micah tells the story about how an Airplane Geeks listener made his day.

Video: The U-2 Spy Plane That Got Lost in an Aurora and Almost Started WW3