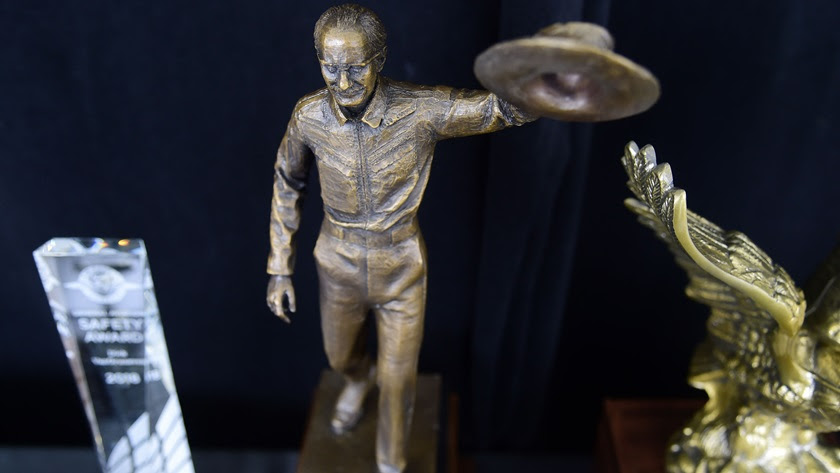 The Aircraft Owners and Pilots Association will honor several pioneers in aviation and aviation safety during its virtual fifth-annual AOPA R.A. “Bob” Hoover Trophy Award presentation on February 3. The celebration will take place virtually this year.

Who should attend: The event, which is typically limited to 200 people and takes place in the historic Terminal A at Ronald Reagan Washington National Airport in Washington, D.C., is free and open to everyone through the livestream.

When: The awards presentation will start at 8 p.m. Eastern on Wednesday, February 3, 2021, and will last about 1 hour. Set a reminder to watch the livestream.

Details: Famed aerodynamicist Burt Rutan, who designed Voyager, the first aircraft to make a nonstop, non-refueled circumnavigation in 1986, and SpaceShipOne, which made three successful suborbital spaceflights in 2004, will be honored with the prestigious R. A. “Bob” Hoover Trophy Award. Rutan has designed 49 manned aircraft, 25 of which the public can view in museums worldwide; 17 are still flying. The first trophy was presented to Hoover himself in 2016, Sean D. Tucker in 2017, Harrison Ford in 2018, and Clay Lacy in 2019.

AOPA will also present the inaugural Brigadier General Charles E. McGee Aviation Inspiration Award to retired Brig. Gen. Charles McGee, a member of the Tuskegee Airmen. In addition to honoring McGee with the first award, AOPA will also present it to its second recipient, U.S. Air Force Maj. Kenyatta Ruffin, an F–16 pilot and commander of the 71st Operations Support Squadron. Ruffin founded the nonprofit Legacy Flight Academy, which helps youth discover their passion for aviation careers and hosts programs that draw upon the legacy of the Tuskegee Airmen.

Since 1939, AOPA has protected the freedom to fly by creating an environment that gives people of all ages the opportunity to enjoy aviation and all it has to offer. AOPA is the world’s largest community of pilots, aircraft owners and aviation enthusiasts with representatives based in Frederick, Md., Washington, D.C., and seven regions across the United States. The association provides member services including advocacy at the federal, state, and local levels, legal services, flight training, and safety programs, and award-winning media. AOPA specializes in making aviation more accessible to everyone. To learn more, visit www.aopa.org.