We speak with the operator of the world’s largest network of airport lounges. In the news, United’s order for Boeing planes, air travel trends for 2023, Boom Supersonic plans to develop its own engine, the U.S. Army selects the Bell V-280 over the Sikorsky/Boeing offering, and passengers are injured by turbulence on a Hawaiian Airlines flight.

Stuart Vella is Vice President of Commercial Development and Operations with the Plaza Premium Group (PPG), an award-winning leader in premium airport hospitality services. PPG operates the world’s largest network of airport lounges. In the U.S. the company operates the Plaza Premium Lounge at DFW Terminal E and recently opened a lounge at Orlando (MCO) Terminal C. Stuart has been in the hospitality industry for some 30 years and has an extensive travel background.

We talk with Stuart about airport lounges and making the travel experience less hectic. He explains how PPG was formed to cater to those without access to elite lounges. PPG offers lounges for all travelers, regardless of cabin class or airline. Customer demand is high for more lounge access not necessarily tied to an airline or credit card.

PPG owns the lounges they operate and offers full food and beverage service with production kitchens, full bars, showers, play areas for children, and quiet areas for business people. The benefits of each lounge are tailored to the demographics of travelers going through that specific airport.

We discuss the PPG pricing model, LEED ratings, and the “ALWAYS” meet and greet at DFW.

Three trends are noted in a conversation with United’s Director of UK, Ireland, Israel and Off-line Sales:

Boom Supersonic could not get any of the major engine manufacturers to commit to developing an engine for them. Boom now plans to develop its own engine, called Symphony, a medium-bypass engine producing 35,000 pounds of thrust. Three partners were announced:

U.S. Army’s fleet of UH-60 Black Hawk helicopters is to be replaced under the Future Long-Range Assault Aircraft initiative, or FLRAA. The Army has chosen the Bell V-280 Valor tiltrotor over the Sikorsky/Boeing Defiant X, a compound coaxial helicopter based on Sikorsky’s X2 technology. The Army said the V-280 offered the “best value proposition” without providing any specifics.

The A330 flight from Phoenix to Honolulu encountered severe turbulence, injuring as many as 36 passengers, 11 seriously. The pilots declared an emergency following the incident due to the number of injuries and the plane was given priority clearance to land.

See inside of Hawaiian Airlines plane rocked by turbulence 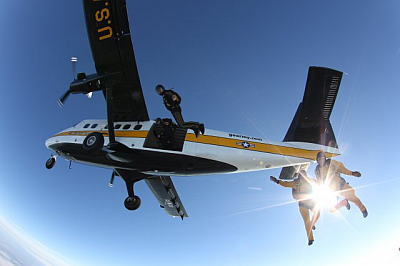