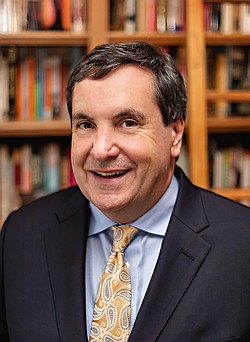 Richard Aboulafia is Vice President, Analysis at Teal Group. He manages consulting projects for clients in the commercial and military aircraft field, and has advised numerous aerospace companies. He also writes and edits Teal’s World Military and Civil Aircraft Briefing, a forecasting tool covering over 135 aircraft programs and markets. Richard also writes publicly about the aviation field, with numerous articles in Aviation Week, Aerospace America, and other publications. Frequently cited as an aviation industry authority by trade and news publications, he has appeared on numerous television news programs and has spoken at a wide variety of conferences.

The new airline being started by David Neeleman will be known as Breeze Aviation, headquartered in Utah. Neeleman’s previous startups include Morris Air, WestJet, JetBlue, and Azul. Breeze will nonstop fly between currently underserved airports. Breeze ordered 60 new Airbus 220-300 aircraft, with deliveries beginning in April 2021. The company leased 30 Embraer 195 aircraft from Azul, which will be delivered starting May 2020.

Some think the Boeing board took a long time to fire Muilenberg. Is that an indicator of the board’s ability to deal with the crisis Boeing faces? New CEO Dave Calhoun says the board repeatedly considered confidence, but then in December decided it was lost. Richard Aboulafia was quoted: “The board you see today was largely created by McNerney, and he packed it with people with zero engineering experience.”

United Airlines needs to hire more than 10,000 pilots during the next decade. The airline is buying the Westwind School of Aeronautics in Phoenix, a flight-training academy, with plans to bring student pilots into the academy with zero flight experience to become fully-rated commercial pilots.

The X-59 QueSST is designed to test “quiet” supersonic transport over land. The aircraft was approved for final assembly in 2019. NASA commissioned Lockheed Martin to build the plane and they expect to have it completed by the end of 2020. First flight is expected in 2021.

Unbearably cute: A boy lost his teddy bear on a Southwest flight – so the airline sent him a new one

After a young boy lost his favorite Teddy bear on a Southwest flight during the Thanksgiving holiday, his mother took to social media to try and locate the Teddy. The airline assigned an employee to find the bear but after an investigation, the Teddy couldn’t be located. So the corporate office decided to send the boy a new Teddy bear along with a storyline on how it was coming to live with the boy.

Igor I. Sikorsky Weekend Fly-In at The Bradford Camps on Munsungun Lake in northern Maine.  Meals and private lodging in waterfront cabins are included. July 10-12,  2020.

That Last Decade, by Courtney Miller.

The Experimental Aircraft Association will deliver the excitement of flight throughout the United States in 2020 as EAA’s “Spirit of Aviation” mobile unit, sponsored by the National Air Traffic Controllers Association (NATCA), visits numerous events in 2020. The traveling experiential exhibit introduces EAA to enthusiasts through aviation activities for people of all ages.