The inspiring story of a legendary woman aviator and member of the “Mercury 13” who was also the first female FAA inspector and the first female investigator for the NTSB. Also, the AerCap/GECAS merger of aircraft leasing companies, the Dassault Falcon 6X first flight, FAA 2021 GA award winners, Buzz Lightyear’s mission with Southwest Airlines, and the serial stowaway.

Loretta Hall captured the memoir of the extraordinary woman aviator, Wally Funk, in Higher, Faster, Longer: My Life in Aviation and My Quest for Spaceflight.

Wally Funk was the first woman civilian flight instructor at Fort Sill, Oklahoma, the 58th woman in the U.S. to earn an Airline Transport Rating (in 1968), the FAA’s first woman operations inspector and Systems Worthiness Analysis Program specialist, and the first woman NTSB accident investigator. She was also one of the “Mercury 13,” hoping to become an astronaut.

Loretta is a freelance writer and nonfiction book author. She’s a long-time space travel enthusiast and is currently a certified Space Ambassador for the National Space Society. Loretta has written eight books, including five on the history and future of space travel, one of which is The Complete Space Buff’s Bucket List: 100 Space Things to Do Before You Die.

Loretta has been interested in space travel since her teenage years when she followed the early NASA programs: the selection of the Mercury Seven astronauts, the suborbital and orbital missions of Mercury and Gemini, and the Apollo steps toward a moon landing. She has written eight books, including five on the history and future of space travel. Loretta loves finding ways to participate in space activities without being an astronaut. Her newest book was a cooperative effort to produce the memoir of Wally Funk, an icon in the fields of aviation and spaceflight.

This $30 Billion Deal Could Reshape the Aviation Industry

AerCap Holdings announced that it would acquire the GECAS (GE Capital Aviation Services) unit of General Electric in a $30 billion deal. This would consolidate the number one and number two commercial aviation financing and leasing companies, measured by the number of aircraft. The resulting business would be the largest customer for Airbus, Boeing, and the engine manufacturers.

Dassault Aviation’s Falcon 6X long-range, ultra-widebody business jet’s first flight was made from the company’s facility at Mérignac, France, near Bordeaux, on March 10, 2021.  The 2.5-hour flight reached FL400 and a speed of 0.8 Mach and was dedicated to Olivier Dassault, who died in a helicopter accident on March 7, 2021.

The awards for National Flight Instructor, Aviation Technician, and FAASTeam Rep of the Year will be presented at EAA AirVenture at Oshkosh, Wisconsin, in July. The 2021 awards go to:

‘To infinity & beyond!’ Southwest Airlines reunites Buzz Lightyear with young passenger who left toy behind

After a young boy left his beloved Buzz Lightyear on a flight, a Southwest employee found it, located the family, and arranged for Buzz to return home.

Women’s History Month: A Look at Impactful Women in Aviation

These articles highlight just some of the amazing women who have had successful careers in aviation. They include

#PaxEx Podcast 74: Ready to fly, but has COVID reset expectations?

Journey to Royal: A WWII Rescue Mission is a hybrid documentary and action film with painstakingly accurate recreations filmed using real planes (at the Palm Springs Air Museum and the March Field Air Museum) and recreated models. It is now available on streaming and cable platforms and on DVD.

The story takes place during the Second World War, the 4th Emergency Rescue Squadron was stationed on the Mariana Islands of the South Pacific. Its crews policed flight paths searching for B-29 bombers in jeopardy and downed airmen in need of rescue in the open ocean of this war-torn theatre.

View the trailer: Journey to Royal: A WWII Rescue Mission

You can support the Airplane Geeks podcast by making a donation.

We talk about aircraft brokerage and acquisition of business aircraft with a vice president at Holstein Aviation. In the news, we look at the Delta Airlines order for A321neo aircraft, Boeing’s beef with Bombardier CSeries pricing, the NBAA statement on “Ethical Business Aviation Transactions,” Aerion Corporation gets help from Lockheed Martin and GE Aviation to develop a supersonic business jet, and the Atlanta airport power outage.

Holstein Aviation provides aircraft brokerage and acquisition services for business aircraft such as the Falcon 20.

Steve Fushelberger is vice president at Holstein Aviation, a team of professional aircraft brokers and acquisition specialists with domestic and international experience. They are responsible for some 4,700 transactions valued at over 10 billion dollars, and have 66,000 combined flight hours, with light, medium and heavy jet type ratings from nearly all major aircraft manufacturers. Holstein Aviation is one of the top 10 business aircraft brokerage and acquisition firms worldwide by transaction volume. 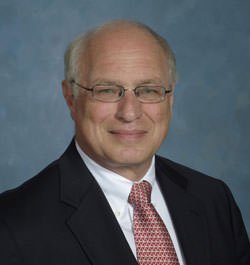 Steve brings extensive experience in the aerospace and defense industries with a career that includes sales, marketing, public and media relations, communications, advertising, and branding. He served as Vice President of Marketing at Cessna Aircraft Company, and Vice President of Marketing Communications for the Avolar business aviation operations of United Airlines. Steve held positions with Rolls-Royce in the corporate / regional airline aircraft, helicopters, defense, and advanced development businesses, and at AgustaWestland (now branded Leonardo) as the North American manager of marketing services.

His industry service includes public relations, public affairs, market research and advisory committees for the National Business Aviation Association, General Aviation Manufacturers Association, and the Transportation Research Board, as well as on the Aerospace LEAN Manufacturing Communications Initiative, and support for the industry’s GAME Plan (General Aviation Marketing Expansion) during the late 1980s, and the Learning For Life Aviation Exploring Program.

Steve has a commercial pilot license with instrument, multi-engine, and seaplane ratings. He holds a Bachelor’s degree with a marketing concentration from Kelley School of Business at Indiana University, and he is a US Army and Indiana National Guard veteran.

Delta ordered 100 firm/100 option A321neo aircraft with deliveries set to begin in the first quarter of 2020. The airline chose the A321neo over the Boeing 737 Max 10. Delta wouldn’t say if their choice was affected by the Boeing claims that Bombardier unfairly priced CSeries jets sold to Delta. Reportedly, many of the Airbus jets will be built in Mobile, Alabama. Pratt & Whitney GTF engines were selected to power the aircraft.

At the recent U.S. International Trade Commission hearings, Boeing argued why it believes it was injured by Bombardier’s sale of C-Series jets to Delta. Reuters called it “a contentious hearing of the ITC” with Boeing accusing Bombardier of harming its ability to sell 737s in the U.S. market. Bombardier argued Boeing’s large 737 order book demonstrates that there has been no adverse impact from its CSeries jet, and also that Boeing does not manufacture a jet that competes with the CSeries.

In December 2017, NBAA’s Board of Directors approved the “Ethical Business Aviation Transactions“ statement that outlines best practices for ethical transactions between buyers and sellers of business aircraft products and services.

Lockheed Martin Corp. executed a memorandum of understanding with Aerion Corp. to develop the AS2 supersonic business jet. Lockheed will study the jet’s feasibility with Aerion over the next year and the two companies will build frameworks that guide engineering, certification, and production. Aerion hopes the GE Aviation-powered jet will be operating by 2025.

Dassault Aviation chairman Eric Trappier says: “There is still a strong market need for a brand new, long-range aircraft with a very large cabin, so I have decided to launch a new Falcon project powered by Pratt & Whitney Canada engines, featuring the same cross-section as the 5X [and] a range of 5,500nm.” The 5X program has been hampered by development delays for the Safran Silvercrest engine.

Hartsfield-Jackson Atlanta International Airport lost power this past Sunday, disrupting the entire network and stranding thousands of passengers. Georgia Power believes the power outage may have been caused by a fire which led to extensive damage in an underground electrical facility.

It’s that time of the year and David does his yearly Christmas card. This year he goes back to December 1944. Horsham St Faith was an RAF base taken over by the USAAC in 1942. It was home to the 56th Fighter Group flying P-47s and then 458th (H) Bomber Squadron flying B-24Js. But besides the history, there’s always a little Magic.

Keep your eyes to the skies: Airbus tests A350-1000 from Mitchell International Airport