The Flying Tigers, the search for MH370 four years after its disappearance, a newly designated national aviation museum, flight training in the F-104 Starfighter, slow acceptance of ADS-B, and the selection of the new FAA administrator. 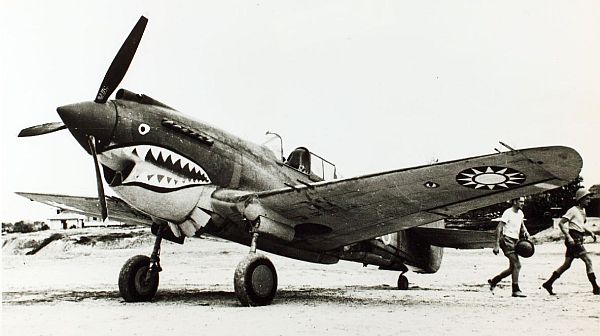 Charlene Fontaine is the founder and executive director of the Flying Tigers 69th DRS Association, Inc. She is an advocate and speaker for veterans, youth, and trauma victims. Charlene speaks at air shows, conferences, schools, and reunions to inspire youth to learn history and to honor our elders and all those who serve our country. 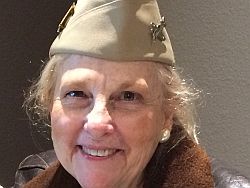 Started in 2005, the nonprofit Flying Tigers 69th DRS Association carries forward the legacy and history of the Depot Repair Squadron as well as all Flying Tigers. We talk about the history of the Flying Tigers, including the clandestine formation of the American Volunteer Group (the “AVG”) – the 100 pilots and almost 300 ground crew who went off to war under a one-year contract. Charlene tells us about the formation of the 14th Air Force after the contract, and we learn about the iconic shark’s teeth and where we find them on other aircraft.

Charlene loves all things that fly, starting with kites and the gyroscope that was given to her at age four by her father. She flew in a plane at 15, and her college years were spent with open cockpit planes, helicopters, and hot air balloons. Charlene developed a deep desire to learn about her father’s adventures designing airplanes, repairing them, and being a crew chief during WWII. 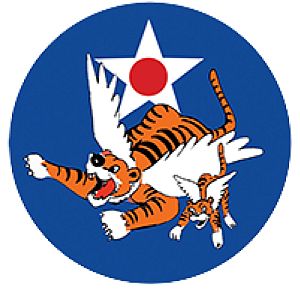 Having consulted internationally for over 30 years, Charlene’s clients include a wide variety of corporate industries ranging from the military to medical, manufacturing, law enforcement, and non-profits. Working with CEO’s and senior management, Charlene developed projects, teams, and programs that align the organization with their customers’ needs and range from customer service, change management, conflict resolution, creativity, productivity, sales and total quality management.

Charlene has authored a number of books, and speaks at schools, military bases, civic organizations, and air shows sharing the history and stories of the Flying Tigers and CBI Veterans as well as representing them in China. She has film industry experience and “The Forgotten War: China, Burma, India” is currently in production. The Forgotten War: CBI Promo.

March 8, 2018, is the 4-year anniversary of the disappearance of MH370, carrying 239 people from Kuala Lumpur to Beijing in 2014. The search by Australia, China, and Malaysia ended in January 2017 at a cost of around US$160 million. In January 2018, Malaysia agreed to pay the U.S. firm Ocean Infinity up to US$70 million if it found the plane within 90 search days. The Seabed Constructor vessel started searching on Jan 23.

The Museum of World War II Aviation in Colorado Springs has been designated by Congress as a national aviation museum. Accepting the designation on behalf of the museum was 96 year old retired Air Force Col. Clarence “Bud” Anderson. Bud flew a P-51 Mustang in World War II, and his plane, “Old Crow,” was flown in as a surprise from the National Warbird Hall of Fame in OshKosh.

A new civilian training program for licensed pilots is offered by Starfighters Aerospace with a fleet of Mach 2+ Lockheed F-104 Starfighters at NASA’s Kennedy Shuttle Landing Facility. The training ranges from three to ten days, depending on the pilot, and is authorized by a Letter of Deviation Authority (LODA) issued to Starfighters by the FAA.

FAA Blames Airlines for Lack of Wider ADS-B Use

FAA associate administrator for Aviation Safety Ali Bahrami testified before the U.S. House of Representatives Transportation and Infrastructure’s subcommittee on aviation. He told the subcommittee that the ADS-B system is fully operational, but its use is limited because the airlines don’t have the onboard equipment required.

Also testifying were representatives from the NTSB, NASA, ALPA, and the DOT’s Office of Inspector General. They talked about drone regulations, pilot shortages, and privatizing ATC. Bill Shuster (R-Pennsylvania), chairman of the House Transportation and Infrastructure Committee, announced after the hearing that the provision to privatize ATC would be dropped from the reauthorization legislation, HR 2997.

In Pushing HIs Pilot for FAA Administrator, Trump Shows His Disregard for Safety

Airplane Geeks Reporter-at-Large Launchpad Marzari has a little fun with the phonetic alphabet.

Listener Ron took a ride in a gyroplane for his birthday and created a short adventure report for us.

AIN’s The Human Factor: Tales From the Flight Deck podcast

We Can Do It! Women in Aviation and Space