US airlines are releasing plans for the 737 MAX return to service, pilots are being advised to hold off participation in clinical vaccine trials, Southwest Airlines warns of its first-ever furlough, in-flight cell phone calls are off the table at the FCC, a final rule is announced for traveling by air with service animals, and the Paris Air Show is canceled for 2021.

In the US, the 737 MAX is operated by American Airlines, United, and Southwest. Those airlines are already making return to service announcements and passengers who don’t want to fly the MAX can change flights without penalty. American starts service on December 29, 2020, between New York LaGuardia and Miami, United service starts first quarter 2021, and Southwest service starts in the second quarter of 2021.

Post-crash recovery: How one airline plans to restore confidence in the Boeing 737 MAX

American Airlines COO David Seymour says, “We didn’t intend to be first to put the Max back in the air. But the only way to truly build confidence is by flying it. You don’t build that back by sitting on the ground.” American Airlines TechOps said it will take six to eight days to make each aircraft compliant with the new requirements for MCAS software updates (which take six hours) and flight control system re-wiring. That will be followed by a two-hour Operational Readiness Flight (ORF).

Should commercial pilots take the Covid vaccine when it becomes available? Can they and still keep their medical? The FAA is waiting for the outcome of the upcoming meeting of the Vaccines and Related Biological Products Advisory Committee. The Air Line Pilots Association is telling its members to not take part in clinical trials for vaccines.

Southwest Airlines warns it could furlough 6,800 employees to cut costs

If they occur, these would be the first furloughs ever for Southwest Airlines. The number amounts to 12% of the airline’s staff. Southwest says negotiations with labor unions to cut costs have produced a “lack of meaningful progress.”

FCC Walks Back Plan To Allow In Flight Cell Service

The Federal Communication Commission (FCC) is no longer going to look into a ruling that would allow passengers to make in-flight cell phone calls on domestic United States flights.

The FCC said, “The record is insufficient to determine any reasonable solution that would strike an appropriate balance of competing interests.  There is strong opposition to the Commission’s proposals from many commenters in this proceeding, including our nation’s airline pilots and flight attendants.”

The U.S. Department of Transportation is revising its Air Carrier Access Act (ACAA) regulation concerning the transportation of service animals by air. The final rule defines a service animal as a dog that is individually trained to do work or perform tasks for the benefit of a person with a disability. An emotional support animal is no longer considered to be a service animal. The final rule will be effective 30 days after the date of publication in the Federal Register.

Guest Max Trescott joins the conversation with us on Dubai Air Show orders and the Boeing 777X, the future of General Aviation and what pilots need to do now, the new FAA mandate for sleep apnea testing, FCC considering inflight cell phone use, and MU-2 stall training.

In the listener mail segment, we talk about difficult approaches, airport security, over-reliance on automation vs. hand flying the airplane, runway debris, flying in Russia, a highway landing, and more.

Max Trescott was the 2008 National CFI of the Year. For all his pilot training books, CDs, and iPhone GPS guides, visit G1000Book.com. Also see also his personal blog, Trends Aloft.

David Vanderhoof’s Aircraft of the Week: This week David gives thanks to our friends and listeners. 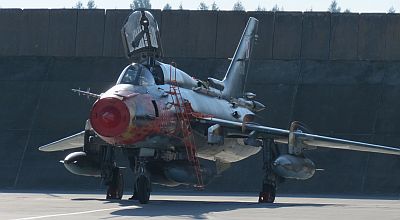 We talk to Krzysztof Kuska, Editor in Chief at leading Polish aerospace website Infolotnicze about developments in the Polish military procurement for both helicopters and a lead in jet fighter / trainer. We also discuss the fragile state of Polish legacy carrier LOT as well as the threat of the new Berlin Airport on surrounding airports in Poland. See infolotnicze in English on Facebook and on Google+.