Aviation Training at the University of Maine Augusta

The University of Maine Agusta offers aviation training with a Bachelor of Science in Aviation program, through a public-private partnership with Maine Instrument Flight.

On the occasion of UMA’s introduction of their new Cirrus SR20, our Main(e) Man Micah speaks with:

Experimental Aircraft Association president Tom Poberezny has died at the age of 75. Tom was EAA president from 1989-2010 and succeeded his father, EAA founder Paul Poberezny. EAA CEO and Chairman of the Board Jack Pelton said, “It is not lost on us that Tom’s passing occurred on the opening day of EAA AirVenture Oshkosh, the event he led into world prominence as its chairman beginning in the 1970s.”

Boeing received 172 firm orders at Farnborough while Airbus saw 85 orders. However, Airbus holds a much more significant backlog than Boeing and received a commitment for 292 jets from Chinese customers recently.

Delta TechOps will become a provider of MRO services for CMFI LEAP-1B engines. Delta TechOps provides support for Delta’s fleet of aircraft and more than 150 other aviation and airline customers worldwide.

Forecast International: Fighter Aircraft Market Worth $260B over Next 10 Years

Airbus and CFM International are collaborating on an open fan (open rotor or unducted fan) engine architecture. The Flight Test Demonstrator is under CFM’s Revolutionary Innovation for Sustainable Engine (RISE) technology demonstration program. Testing is on an A380 with the engine replacing the usual #2 engine.

The Air Force’s Air Mobility Command is thinking about reducing crew size on Boeing KC-46 Pegasus tankers during dangerous missions. The concern is that a conflict in the Indo-Pacific region could involve a Chinese anti-aircraft missile attack. Tankers are particularly vulnerable.  Reducing the number of airmen onboard a tanker would minimize casualties.

Alaska Airlines is selectively rolling out electronic bag tags that can be activated up to 24 hours before a flight with the Alaska Airlines mobile app. At the airport, touching your phone to the tag will display flight information. No check-in is required. The program starts at San Jose International Airport in California.

It was a disagreement between the two after a 90-minute weather delay. Following an announcement by the pilot, the plane returned to the gate. Live and Let’s Fly claims “a credible source” said the captain was arguing with ramp agents and barking orders.

Reportedly, after an explosion and smoke on a Vueling plane, the captain and most of the crew ran out of the plane leaving passengers to fend for themselves.

It could be up to 3 years before flight capacity and pilot supply are ‘back in sync,’ American Airlines CEO says

CEO Robert Isom told investors the surge in demand is outpacing staffing levels. Mainline route capacity should be sufficient in about a year. Regional routes could take two or three years.

We discuss how weather is a challenge for many pilots, yet it affects all pilots, regardless of the aircraft type. Also, where the data used in aviation weather forecasts comes from, and if the current curriculum provides training that considers the new technologies that are available.

We discuss the questions, “Are pilots capable of properly interpreting the information that newer technology provide?” and “What data should meteorologists  be interpreting, and what data can pilots interpret on their own?”

Scott describes how satellite-delivered weather products, along with the coming ADS-B, represent a great leap forward for information in the cockpit and aviation safety.

Besides AvWxWorkshops.com, some other aviation weather resources were mentioned:

Airline passenger group calls on airlines to lose the asterisk

In 2012, the U.S. Department of Transportation (DOT) ordered the Full Fare Advertising Rule requiring airlines to advertise the full cost of a ticket, including all taxes and fees. Now the Transparent Airfares Act of 2014, if enacted, would let the airlines publish a base fare with an “asterisk,” and disclose the rest of the fare somewhere else.

Long used by the military to avoid stall/spin accidents, these safety devices are at long last inexpensive enough to install in GA aircraft. The FAA has clarified that they can be installed under the “minor alteration” rules, which reduces the paperwork and cost associated with installation.

Boeing’s annual 20-year forecast for new airplanes is out. The Current Market Outlook predicts a 4.2% increase over last year, to 36,770 planes. 70% are single-aisle.

Rule changes have impacted the availability of pilots at the regional level. What does this mean for the “pilot shortage”?

The Mirage F1. With the final flight over Paris for Bastille Day, France retired the F1CT. It seems fitting for that plane to be the topic of this week’s history segment.

The boys are back and they’re trying to remember how to make an AusDesk. Fortunately they remember how to do it and can tell us about Air New Zealand’s new 787-9 arriving in Auckland. They also talk about Australia’s Defence Science Technology Organisation being commissioned to produce the F35 “Iron Bird” test unit.

National Aeronautic Association Regional Aero Clubs. There are six of these around the United States. In the role of the nation’s aero club, NAA serves as a clearinghouse for regional or local aero clubs that are affiliated with NAA. Co-host Max Trescott is President of the Aero Club Of Northern California.

Chris Manno’s new book, “Flight Crew Like You: Airline Cartoons from the Insider View.”  Chris is an airline captain and his cartoons have been popular worldwide in aviation trade publications as well as in crew training materials for United, American, British Airways and Lufthansa flight crews. 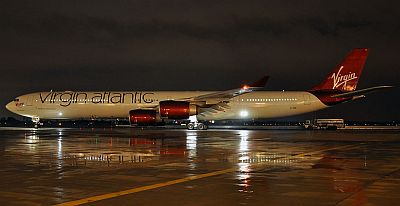