We talk with the author of Trailblazers: The Women of the Boeing Company. Also, inductees into the 2016 International Pioneer Hall of Fame, Chinese airline orders, Aviation Week’s Person of the Year, commercial flights to Cuba, Kuwait Airways drops a route, Amazon.com may start it’s own airfreight operation, and online search for empty GA seats gets some bad news. 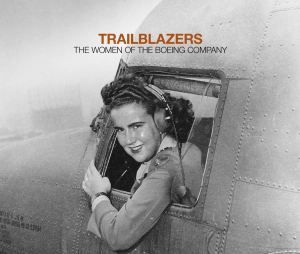 Betsy Case is a writer and the award winning author of Trailblazers: The Women of the Boeing Company. She says the book “acknowledges the inspiring women who helped make the company the success it is today.”

Trailblazers describes with words and photographs many of the women who have made their mark throughout the long history of the Boeing Company.

Betsy was a marketing writer at Boeing for 18 years and is the author of several Boeing Store books, including In Plane View: A Pictorial Tour of Everett Factory about the Everett factory, and The Jumbo Jet: Changing the World of Flight. She also authored Houseboat: Reflections of North America’s Floating Homes, she owned an advertising agency in Seattle, and she worked as a radio copywriter for several years. Betsy was also a whitewater river guide.

Find Betsy’s books on Amazon.com or at the Boeing Store.

The ceremony will take place at the closing banquet of the 27th annual International Women in Aviation Conference, which will be held March 10-12, 2016, at the Gaylord Opryland Resort & Convention Center in Nashville, Tennessee.

At a presentation to investors, Delta Air Lines Co.CEO Richard Anderson said he was wrong about being able to buy a used Boeing 777 passenger plane for $10 million. Delta tweeted Anderson saying, “It was actually $7.7M.”

Speaking of Richard Anderson, he is Aviation Week’s Person of the Year 2015. AviationWeek gives the award to “the person who—for better or worse—had the greatest impact on aviation or aerospace over the year.”

The State department says that after talks with Cuban officials in Washington, U.S. airlines can negotiate with the Cuban government for 20 routes a day to Havana, and 10 to each of nine other Cuba airports, for a total of 110 round-trip flights. This won’t happen immediately as Cuba needs to address airport, tourist, and even telecommunications capacity.

Kuwait Airways dropped its route from JFK International Airport to London Heathrow. In 2013, Israeli citizen Eldad Gatt complained to the U.S. Department of Transportation that he could not fly on the airline because he did not have the option in the online booking system to select Israel as the country issuing his passport. Kuwait Airlines says that Kuwait law prohibits business with Israelis and so they cannot recognize Israeli passports.

Reports: Amazon is starting its own air cargo operation, wants to use 20 Boeing freighter jets

There has been some buzz about Amazon.com creating it’s own air freight operation. In November, Motherboard published A Secretive Air Cargo Operation Is Running in Ohio, and Signs Point to Amazon. The Seattle times published Amazon in talks to lease Boeing jets to launch its own air-cargo business. Now Cargo Facts reports in Amazon building its own overnight airfreight operation, sources say that “Amazon.com Inc. is creating a logistics operation that will include overnight air operations in the US domestic market, potentially including the acquisition of at least 20 freighter aircraft.”

In 2014, startup company Flytenow created a platform where people looking for a flight could look online for private pilots who were offering a seat. In court, the FAA argued that this scheme violates the Federal Aviation Act of 1958 and other FAA regulations because pilots who are compensated for their services must hold a commercial license.

Flytenow argues that the pilots are not operating as a common carrier because they are not operating for profit – only sharing expenses – and expense sharing is common in the aviation community. The only thing Flytenow is doing is bringing the process online.

Now an appeals court has sided with the FAA, and “…decided that posting to Flytenow constituted a form of advertising and expense-splitting was a form of compensation, thus placing private pilots operating through Flytenow in league with commercial pilots and their corresponding regulations.”

A Shaky Thing: a Christmas Story!

Once again it’s Qantas all the way but this time our friend Richard Muirden was on board the first Qantas flight to San Francisco since 2011.

CASA goes for awareness rather than registration for drones.

To wrap things up, we have sad news:  It’s taken some thinking and some angst but Steve and Grant have decided it’s time to pull back from the Australia Desk and take a break. While the regular weekly (or at least, mostly weekly) episodes are going on hold, they’ll no doubt be back here and there if super important news from down under needs to be mentioned.

For now it’s so long and thanks for all the laughs as the boys sign out and take a well earned break. It’s Summer, it’s Christmas so it’s time to fire up the barbie and go hang out at the beach. Thanks to everyone for all the fun and who knows, we may be back before you know it. 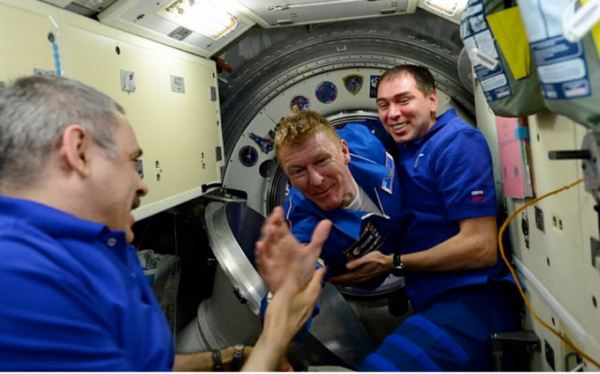 Pieter talks to Amjad Zaidi about the amazing response in the UK to Major Tim Peake’s launch to the International Space Station last week. Follow @AmjadPZaidi on Twitter.

Micah, our Main(e) man, asks “Will The Circus Be Unbroken?”