Craig Harwood is a professional Engineering Geologist and as a hobby he enjoys researching and writing about history.

His book Quest for Flight draws out of obscurity and documents the fascinating backstories in the conquest of the skies. The work and influence of American aviation pioneer John J. Montgomery serves as a framework for understanding the western contributions in the quest for flight in America.

Montgomery was a scientific inventor in the late 1800’s who observed and tried to mimic bird flight. His research caused him to turn to soaring birds for inspiration and he demonstrated controlled flight with his manned gliders.

We talk about societal attitudes toward flying at the time, the different motivations of early pioneers, and the roles of women in early aviation. We also discuss how the stories of others were overshadowed by the Wrights, who actively worked to protect their position as the originators of manned flight.

Quest for Flight: John J. Montgomery and the Dawn of Aviation in the West is available from publisher The University of Oklahoma Press and Amazon.com. You can contact Craig Harwood via email.

The suit was filed in the Northern District Court of Illinois, but the judge in Chicago has now ruled that court has no jurisdiction because Zaman didn’t live or do business in that city.

JetBlue will start a weekly flight from JFK to Havana every Friday, starting July 3

Travelers should make arrangements directly with Cuba Travel Services for these flights operated by JetBlue.

The Pratt & Whitney Geared Turbofan jet engine has over 5000 sensors, creating 10 Gigabytes/second of data per engine, or 2.04 Terebits/second for a twin engine airplane. P&W estimates data streaming will reach 12 Petabytes each year and they have partnered with IBM to create the data center capacity.

Rolls Royce, Pratt & Whitney and some other partners teamed up to form International Aero Engines in 1983 to produce the V2500 engine for the Airbus A320 family and McDonnell Douglas MD-90. In 2011, P&W bought out Rolls Royce, which effectively removed RR from the narrowbody market. Now the departing CEO of Rolls-Royce said P&W parent company United Technologies Corporation is an “obvious” potential partner.

Competing with the P&W GTF on the A320 family is the CFM International Leap-1A. The Leap-1B is sole sourced for the B737 MAX. and the Leap-1C variant powers the Comac C919.

An Airbus A400M military transport plane crashed outside Seville one mile from the airport, killing four test crew and injuring two others. The aircraft was on its maiden test flight before being delivered to Turkey.

David Sudworth brings us his story of a perfect flying day in the UK.

John J. Montgomery readying to launch the “The Evergreen” glider from a track, likely near Evergreen CA — photo from the San Diego Air & Space Museum archive 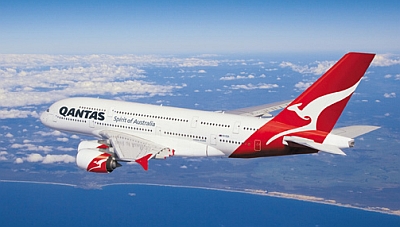 Guest Jon Norris is a board member of the Airline Passenger Experience Association and chairman of the APEX Technology Committee. APEX is a non-profit association of businesses and professionals that create, deliver, and manage the airline passenger experience. He’s also the Vice President of the Cabin Design Office at Airbus. Find APEX on Twitter as @theAPEXassoc and Jon as @nonnyjorris.

We cover aviation news from the past week, and we also have David’s This Week in Aviation history segment, the Australia Desk report by Steve and Grant from the Plane Crazy Down Under podcast, and Pieter Johnson’s latest Across the Pond segment.