We discuss the erosion of manual piloting skills, pickle fork cracks in the B737NG, the EC review of Boeing’s interest in Embraer, a helicopter crash “close to home,” an “MCAS-like” system on the KC-46 tanker, tracking stealth fighters with passive radar, Delta’s proposed stake in LATAM, and Delta’s rules change for emotional support animals.

EAA and the Academy of Model Aeronautics (AMA) have unveiled a new “Young Eagles Build and Fly” program. This is designed to engage youth in hands-on building and flying of radio-control aircraft.

Some Boeing 737NGs are exhibiting pickle fork cracks. These are structures that connect the wing to the fuselage and transmit the load to the fuselage as the wings flex. The pickle forks are reportedly meant to last a lifetime so the cracking is of some concern.

You Can Fly Challenge tops its goal

More than $2.8 million was contributed by more than 5,000 individual donors to the 2019 AOPA You Can Fly Challenge. The 2019 challenge exceeded expectations and the Ray Foundation voted to increase its matching grant to $2.5 million. In total, more than $5.3 million in new funding was provided for You Can Fly.

Flightglobal reports that the FAA has concerns about pilots who cannot handle the aircraft when the automation fails. Some pilots have inadequate manual flying skills. The FAA believes ICAO standards and guidance need to evolve as automation continues to expand. Daily bulletins are available from ICAO’s 40th Assembly in Montreal September 24 through October 4, 2019.

The European Commission wants to look at Boeing’s plan to take a controlling interest of Embraer’s commercial business, despite previously approving Airbus’ purchase of the Bombardier CSeries.

A Robinson R44 helicopter crashed at the Sanford, Maine airport. Pilot Jack White, 50, was transported to the hospital with “severe injuries.”

A system similar to MCAS is used on the KC-46 tankers, but for a different reason: to compensate for load changes. The tanker version, however, uses two AOA indicators instead of one on the 737 MAX.

The Air Force is watching to see if there are any implications for the KC-46.

Stealthy no more? A German radar vendor says it tracked the F-35 jet in 2018 — from a pony farm

German radar-maker Hensoldt claims to have tracked two F-35s for 150 kilometers following the 2018 Berlin Air Show in Germany in 2018. The TwInvis system passive radar system uses existing electromagnetic energy from radio and TV broadcast transmitters and evaluates their echoes when reflected by an object.

LATAM Airlines, formerly LAN Airlines S.A. and Lan Chile, is a OneWorld Alliance member. Delta Air Lines is planning to take a 20% stake in the airline for $1.9 billion says they’ll spend $350 million to expand the partnership. LATAM will be exiting the OneWorld alliance. No word if they will join SkyTeam led by Delta.

Delta lifted its ban on emotional support animals on flights longer than eight hours. This puts them back in compliance with the Department of Transportation. However, Delta continues to ban pit bulls, even though breed bans are not allowed.

We have a collection of aviation topics this episode: A flight in a Robinson R-44, a look at residential airparks, the General Atomics MQ-1C Gray Eagle UAS, imaging instruments for aviation maintenance, US Air Force F-35A avionics and a walk around the aircraft, the Commemorative Air Force, honoring the Women Airforce Service Pilots, and using a portable ADS-B receiver.

As long-time listeners know, when our recording day falls on a major U.S. holiday, we forgo our usual format and instead bring you a collection of pre-recorded segments from the co-hosts, and from our listeners and contributors. That’s the case this episode.

Our Main(e) man Micah talks with helicopter pilot and Airplane Geeks listener Ernie Eaton at the Hampton Airfield Cafe after their flight in Ernie’s Robinson R44. [2:27] 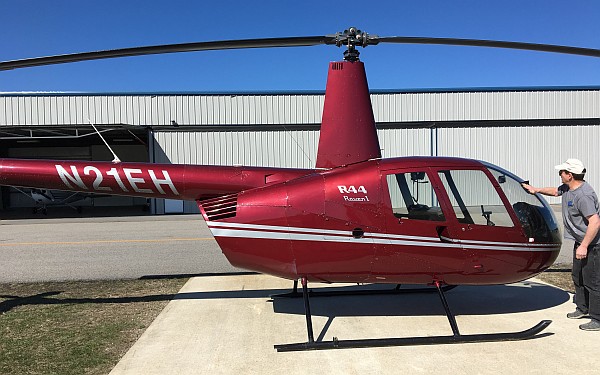 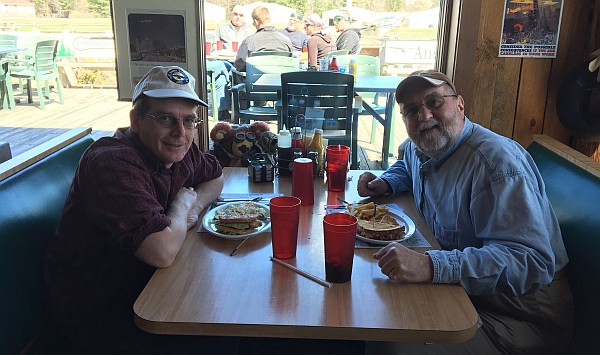 Bill Armstrong, developer and partner at Big South Fork Airpark, explains what it is like to live in a residential airpark community, and what to consider when you are looking for that lifestyle. [13:14] 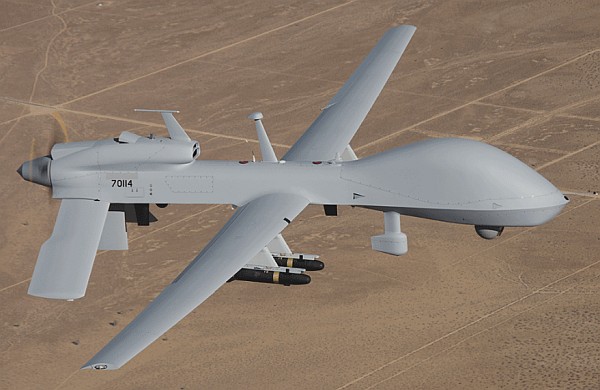 Max recorded a call with Liam Hanna, a product specialist with Olympus Europe in Germany. Olympus Europe provides test, measurement, and imaging instruments for the aviation industry. Liam explains the different types of borescopes, how they are used and inspector training requirements, technology advancements that have been made, and dealing with a shortage of inspectors using live inspections and remote experts. Be sure to see the Olympus Application Photo Gallery for a great selection of videoscope and borescope images and videos. Max’s favorite is the High Pressure Turbine Movie, where the laser-drilled cooling holes are clearly visible. [38:12] 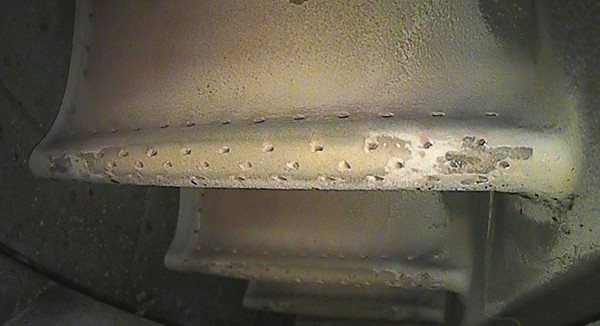 At the Chino Air Show, Brian talked with listener Matt Haines about the 60th Anniversary of the Planes of Fame Airshow [1:04:23]; with Staff Sgt Alexandra Dougherty, an avionics specialist for the US Air Force F-35A [1:06:30]; and with Colonel Eddie Bentley of the Commemorative Air Force in front of the beautifully restored C-53. The Commemorative Air Force operates the world’s largest collection of Flying WWII Airplanes. [1:11:47]

Launchpad Marzari spoke with Allison Hoyt about the Commemorative Air Force’s Rise Above: WASP program. The CAF Rise Above program provides young people with real-world examples of how courage, self-confidence, and perseverance can allow them to triumph over the adversity they face in their own lives. The WASP program looks to encourage young women to become involved in aviation. [1:15:15]

Using a portable ADS-B receiver, often connected to an iPad, is a low-cost way for pilots to display nearby traffic. However, the displays can be misleading, as they often don’t show the most important traffic, which is the traffic closest to the plane with the portable ADS-B receiver. Max Trescott talked about the limitations of these devices in a recent episode of his Aviation News Talk podcast, and we have that segment for you here. [1:19:42]

Our Main(e) man introduces an interview with F-35 pilot Captain Roar conducted by Brian, Carlos, and Micah at Wings Over Pittsburgh 2017. In the interview, they discuss the transition from the F-15E Strike Eagle and low military flying in the UK. Capt. Roar mentions the Mach Loop we talked about a few episodes ago and describes the 3 different F-35 versions. We also hear about high G flight. Following that, Capt. Roar takes Brian, Carlos, and Micah on a walk around the F-35. [1:30:31] 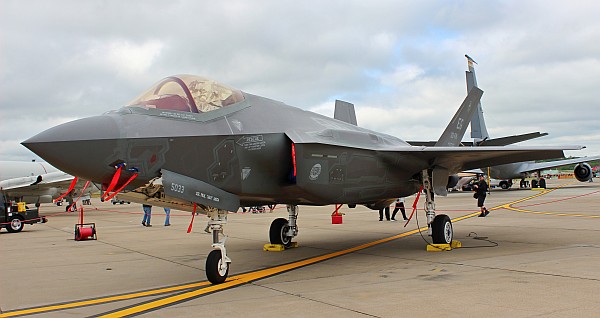 The F-35A at the 2017 Wings Over Pittsburgh Airshow. Photo by Carlos Stebbings, Plane Talking UK Podcast.

We explore aviation accidents as emergent properties of complex systems, and discuss: the Southwest Airlines Pilots’ Association complaints about pilot wages, a survey on frequent flier rewards programs, an NPRM that would change FAR Part 61, third class medical reform in yet more legislation, and a two seat Robinson R44. David has an onfire history segment and Rob talks TSA.

Captain Shem Malmquist has a broad aviation experience ranging from teaching aerobatics and instructing in a wide variety of both general aviation and transport aircraft, to academic research and safety investigation. 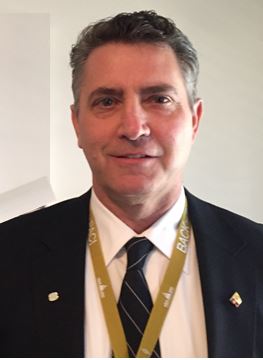 We talk with Shem about improvements that have made air travel safer, and the gaps we now face for identifying problems that might arise in the future. Shem explains how aviation accidents currently present themselves as interactions of complex components. Resilience engineering is an example of a different approach to how we look at complex accidents. We discuss flight simulators, mitigating lithium battery risk, and autonomous vehicles, including both manned and unmanned aircraft.

Shem worked as an instructor and evaluator on several transport aircraft and has served as flight crew on the Embraer EMB-110, Shorts 360, B-727, DC-8, B-747 and MD-11. He continues to work a full flight schedule, mostly international long haul flights.

Shem has been part of the Air Line Pilot Association’s (ALPA) National Charting and Instrument Procedures Committee (CHIPS), and he was selected by his airline to be the chairman of both the airline’s Safety Committee and the Aircraft Design and Operations Committee.

Last year, Shem was a keynote speaker at FAA’s InfoShare and has presented at several International Society of Air Safety Investigators (ISASI) events. He has also authored numerous articles on various issues involving flight safety and operations covering a broad range of topics from technical to human factors.

Shem earned a Masters (MSc) degree in Human Factors in Aeronautics through the Florida Institute of Technology, and a Bachelors of Science (BSc) from Embry-Riddle University. He is an elected Fellow of the Royal Aeronautical Society, a full member of the International Society of Air Safety Investigators (ISASI), and a member of AIAA, IEEE, and SAE where he also serves on three committees: Flight Deck Handling Quality Standards for Transport Aircraft, Aerospace Behavior Engineering Technology, and Lithium Battery Packaging Performance. 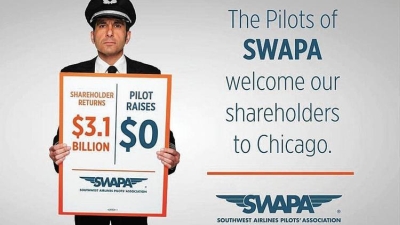 The Southwest Airlines Pilots’ Association (SWAPA) wanted to make a point about pilot wages on a billboard at Chicago Midway International Airport. City Hall told them they could not post their message, so the union filed suit against the city of Chicago, claiming an unconstitutional restriction on their First Amendment rights and asking for a temporary restraining order to allow the pilots to display the ad. As a result, a Judge orders Chicago to allow Southwest pilots billboard at Midway.

The Best and Worst Frequent-Flier Rewards Programs for 2016 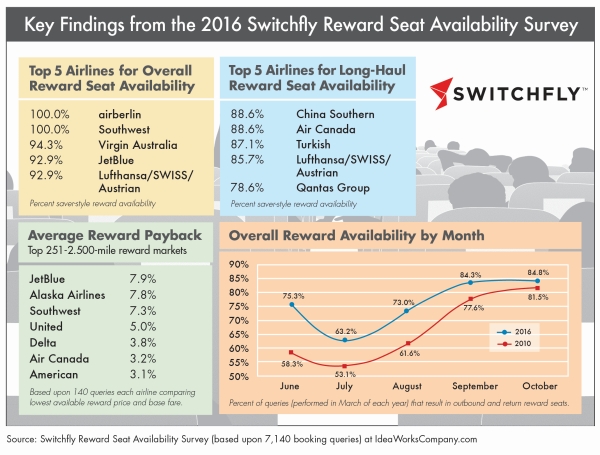 The Switchfly Reward Seat Availability Survey conducted by consulting firm IdeaWorks found that for the third year in a row, free seats open for booking increased. “Overall, I think the consumer is being better served than the year before,” says Jay Sorensen, president of IdeaWorks.

Switchfly CEO Daniel Farrar said, “This survey reflects the fact that airlines can’t afford to take their customers for granted. 21st century consumers are savvy and plugged-in. They know when their loyalty programs are offering them a real value and when they are not delivering; and they don’t have time for loyalty programs that aren’t delivering, especially in such a competitive space. Increasingly, consumers expect a personalized booking, travel and reward experience. Every time a customer interacts with the brand – online, offline or mobile – the user experience must be on-point. Airlines must make this happen and ensure that zero customers have a bad experience anywhere along the booking or redemption path.”

The FAA has published a notice of proposed rulemaking (NPRM) that would change FAR Part 61 which governs the certification of pilots, flight instructors, and ground instructors. AOPA is supportive of the proposed changes, which include “increased use of aviation training devices (ATDs) for maintaining instrument currency, the option to use new technically advanced aircraft instead of older complex or turbine aircraft for single-engine commercial pilot training, and giving credit for hours accumulated during sport pilot training toward earning a recreational or private pilot certificate.”

Third class medical reform from the Pilot’s Bill of Rights 2 keeps getting into legislation: As standalone legislation in the Senate, again as part of the Senate’s FAA reauthorization bill, and now by the Senate Armed Services Committee in the National Defense Authorization Act.

The FAA has certified Robinson’s two-place R44 Cadet The Cadet is essentially an R44 Raven, but with the rear seats removed for more cargo space. Maximum gross weight is reduced to 2200 pounds, engine power is derated to 210 hp takeoff and 185 hp continuous.

Aviation Historian David Venderhoof comments on The F-35 Stealth Fighter’s Dirty Little Secret Is Now Out in the Open.

Rob is talking about why he likes something the TSA did … well, sort of.