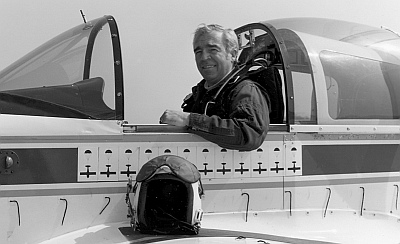 Our guest this episode is life-long test pilot James Patton. He was the Chief Test Pilot & Head of Flight Ops at NASA Langley, a naval aviator, an FAA test pilot, and an expert at spin testing. Jim was just inducted into the Virginia Aviation Hall of Fame.

David Vanderhoof has another This Week in Aviation, Steve Visscher and Grant McHerron from the Plane Crazy Down Under podcast have their Australia Desk report, and we have some listener mail. 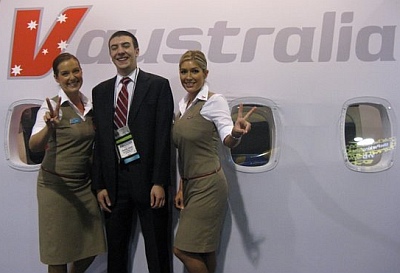 This episode’s guest is Mike Friesen, Principal at Leading Strategies, a provider of  consulting services and coaching for aviation executives, particularly in the airport industry. He’s also a former U.S. military pilot, having flown the F-4 Phantom and the F-15.

We talk about aviation news from the past week and we have a report from the Airplane Geeks Australia Desk (which is expecially amusing this time). We also have our This Week in Aviation history lesson from David Vanderhoof, and some listener mail.

A photo of the Etrich Taube, the airplane mentioned in David’s This Week in Aviation segment as the first aerial bombardment of a city by a fixed wing aircraft, can be found in Wikipedia.

The photo above is of our own Dan Webb at the National Business Travel Association International Convention & Exposition. It was taken when he wasn’t collecting free junk.