We talk about cabin air management technology with the president of Pexco Aerospace. In the news, an AD for A220 engines, a terrible ground crew accident, the Southwest meltdown, an airport without jet fuel, and happy pets. Also, our safety card and T-Mobile Un‑carrier On giveaway winners and an Australia News Desk report.

Jon Page is the President of Pexco Aerospace, a company that produces aircraft interior systems, including trim and finish components. Pexco has developed AirShield, a cabin air management technology that augments existing HEPA filters to reduce shared air by 76 percent and doubles the rate particles are expelled from the cabin and replaced by purified air.

Jon explains how the AirShield product mounts over the gasper air vents in an airliner and creates “air curtains” or compartments for each person. Besides reducing shared air, the AirShields return more air to the HEPA filters and increase the effectiveness of the air purification system. Jon tells us about the design challenges and the STC certification process.

Before joining Pexco in July 2021, Jon was the President of Shield Restraint Systems. Prior to that, he was Vice President of Sales and General Manager at L.O.F., Inc., which sells automotive aftermarket accessories and hardware. Jon also had multiple roles as Director or Manager of Sales for companies including the IMMI Child Restraints team. He has a Bachelor’s Degree in Economics from Purdue University and an MBA from the University of Wisconsin Consortium.

An airBaltic Airbus A220-300, registered as YL-AAQ, experienced a dual-engine shutdown while landing at Copenhagen Airport (CPH) in July 2021. The FAA investigation found that “the sequence of the auto-throttle increasing throttle to maintain Mach number, immediately followed by pilot command to decrease throttle to idle, caused a transient disagreement between actual and commanded thrust.” This triggered the thrust control malfunction (TCM) detection logic which shut down both engines as soon as wheel sensors detected that the aircraft had physically landed on the runway. The FAA issued an Airworthiness Directive (AD) that requires a FADEC software update.

A ground handling agent was killed after being sucked into the jet engine of an Embraer E175LR at Montgomery Regional Airport in Alabama. The victim was an employee of Piedmont Airlines, a subsidiary of American Airlines. FAA and NTSB are investigating.

In a regulatory filing, the airline says that holiday disruptions could cost as much as $825 million. More than 16,700 flights were canceled due to weather, staff shortages, and an outdated crew scheduling computer system. Thousands were stranded and luggage piled up at airports. SWAPA (the Southwest Airlines Pilots Association) published a letter that places the blame on the airline’s lack of leadership.

San Diego Airport Has Run Dry of Jet Fuel, Resulting in Lengthy Diversions For Some United and British Airways Flights

A leaking fuel pipe that serves San Diego County has led to the unavailability of jet fuel at San Diego International Airport. Some flights are being canceled, others are being diverted for refueling stops, and airlines are tankering extra fuel.

Puppy abandoned at SFO adopted by airline captain and family

A puppy was abandoned by his owner at San Francisco International Airport after the dog lacked the paperwork to remain in the United States. United Airlines partnered with SF SPCA to find a new home for the pup.

Frontier Airlines will Give You Free Flights For Adopting These Cats

The Animal Foundation named three kittens up for adoption: Frontier, Delta, and Spirit. Frontier offered up to four flight vouchers to anyone who adopted the Frontier kitten, and two vouchers each for the other kittens.

Steve Visscher and Grant McHerron bring us an installment of The Australia Desk with aviation news from Down Under. 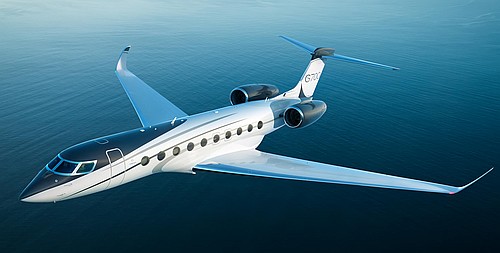 We mark the 50th anniversary of the first flight of the Boeing 747 with a member of that flight test team, now a docent at The Museum of Flight in Seattle. Also, the NTSB Most Wanted List of Transportation Safety Improvements, the last commercial flight of the Boeing 727, Airbnb may be doing something with air travel, SFO’s new outdoor observation deck, two Virgin Galactic pilots earn astronaut wings, and the Collier Trophy nominees list is released. 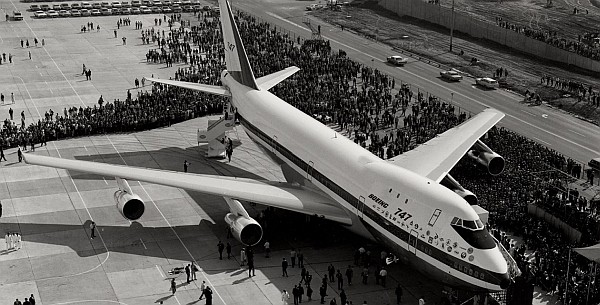 From 1968 to 1985, Thomas was a member of the Boeing 747 first flight test team. That airplane, the “City of Everett,” resides at The Museum of Flight. Thomas was also the lead instrumentation engineer when RA001 was later used as the flying test bed for the 757/767 engines.

Thomas graduated with a BS in Electrical Engineering in 1961. He served in the New Mexico Air National Guard as a Radio Technician for one year where he provided maintenance service on F-100 fighter aircraft radio equipment. After that, he joined the Washington Air National Guard until 1967 as a Radio Technician, providing maintenance service on the mobile teletype and cryptographic equipment.

Thomas was hired by Boeing as the Systems Test Engineer on the Dyna-Soar program. From there he moved over to the Flight Test organization as an Instrumentation Engineer for 24 years. Thomas worked on the 737, 747, 757, 767, the Boeing Hydrofoil Test Craft, and John F. Kennedy’s Air Force One 26000. He also served as the test engineer on the Space Shuttle Carrier aircraft during Space Shuttle Landing tests at Edwards AFB, California. Thomas then worked as a Commercial Sales Support Engineer for three years and worked seven years as a Customer Service Engineer until retiring in 1995. 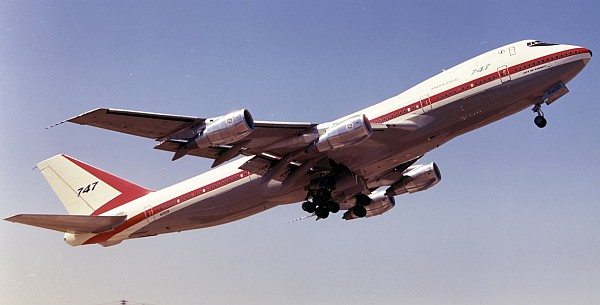 Courtesy The Museum of Flight.

The first flight took place on February 9, 1969 and we learn that the three initial flights were around Paine Field with a pilot, co-pilot, flight engineer, and F-86 escort. It wasn’t until the fourth flight that the full crew was aboard and the plane was allowed to fly over populated areas.

Thomas helps us understand the mood at Boeing leading up to the B747 first flight, as well as his role as part of the first flight test team. He explains the 747 test Instrumentation, the telemetry system, and the ballast system that moved water between barrels to change the airplane’s center of gravity.

The first flight Boeing 747 is on display at The Museum of Flight in the test configuration. An excellent 3D tour of the plane is available from the Museum. See Aviation Pavilion Virtual Tour for that aircraft tour and others in the collection. 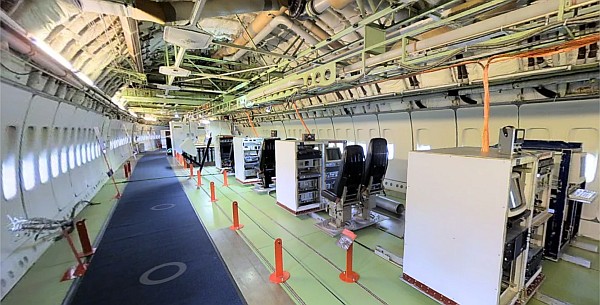 To learn more about upcoming activities, visit The Museum of Flight Calendar of Events. Be sure to look at Destination Moon: The Apollo 11 Mission. This is an exhibition from the Smithsonian Institution Traveling Exhibition Service and the Smithsonian’s National Air and Space Museum in Washington, D.C. This traveling exhibit comes to the Museum April 13th through September 2nd, 2019.

The National Transportation Safety Board (the NTSB) has issued its 2019-2020 Most Wanted List of Transportation Safety Improvements. The NTSB would like the FAA to close the gap in safety requirements between commercial airlines and those operating under Part 135. The NTSB argues that all flights should be safe, no matter the purpose of the flight or the type of aircraft. Most Part 135 organizations don’t have a safety management system (SMS), flight data monitoring (FDM), or a controlled flight into terrain (CFIT) avoidance training program.

Home-sharing service Airbnb has hired long-time aviation industry veteran Fred Reid to be the company’s global head of transportation. His task is “building partnerships and services that make travel seamless while delivering the kind of people-to-people hospitality Airbnb is known for around the world.” CEO Brian Chesky says, “I’m not interested in building our own airline or creating just another place on the Internet where you can buy a plane ticket, but there is a tremendous opportunity to improve the transportation experience for everyone.”

A $55 million upgrade at San Francisco International Airport’s International Terminal includes a new, 3,000 square foot roofless observation deck on the Terminal G side. Since the outdoor lounge is behind security, only passengers using Terminal 3 (United) and the International G-side will have access to it. The deck offers a 180+ degree view of the ramp and runways on the north side of the airport.

The two Virgin Galactic test pilots who flew the SpaceShipTwo “VSS Unity” into space on December 13, 2018, were recognized in a ceremony at the Department of Transportation in Washington, DC. Mark “Forger” Stucky and Frederick “CJ” Sturckow were awarded Commercial Astronaut Wings by the FAA on February 7.

The National Aeronautic Association announced that eleven aviation and space achievements will compete for the 2018 Robert J. Collier Trophy:

The Collier Trophy Selection Committee will meet on April 4, 2019, in Arlington, Virginia, and the recipient will be announced publicly the following day. The formal presentation of the Collier Trophy will take place on June 13, 2019, at a location to be determined.

Call for Nominations for the 2019 Aerospace Media Awards