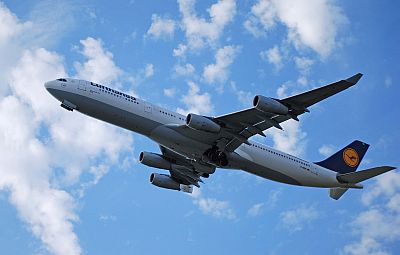 Guest Nils Haupt is Director and Head of Corporate Communications for The Americas, Lufthansa German Airlines. We talk about the airlines and associated companies that fall under the Lufthansa airline group, their cargo operations and how Lufthansa is dealing with the severe night flight ban in Frankfurt. Also how Lufthansa operating in a high cost country means they have to deliver quality. We touch on competition with low cost carriers, the Germanwings strategy, and cooperation with United and Air Canada. Nils comments on their 747-8 experience, the cost of fuel, the schedule for interior upgrades, and much more.

We also talk about some of the recent aviation labor activity, big news on the EU Emissions Trading Scheme, bizjet engine advances, and the attempted Predator shoot down by Iranian jets.

David’s Aircraft of the Week is the Sukhoi Su-25 “Frogfoot.”

There is a disturbance in the Force as the Qantas pilots union agrees with management on an issue. In this case, Qantas is refusing to pay the operators of Brisbane International Airport up front for the construction of a new runway. In other news, Qantas announces further maintenance job cuts – nearly 500 more to go from Avalon and Sydney, and some aerial fire suppression operations go a little wrong in New South Wales after a helicopter fills its bucket from a sewerage treatment pond and deposits the contents on 29 firefighters. Yuk!

Pieter gets an update from Diego López-Salazar from Aeropodcast.com. First his recent delayed trip to China, then we cover Spain and of course his pet topic Ryanair! Find Diego on Twitter as @dlopezsalazar. 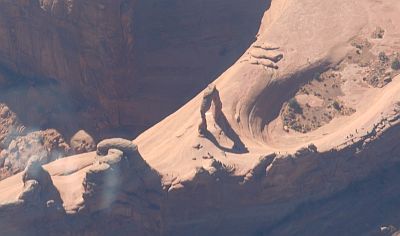 Moab’s Delicate Arch from 6500 by Jodi 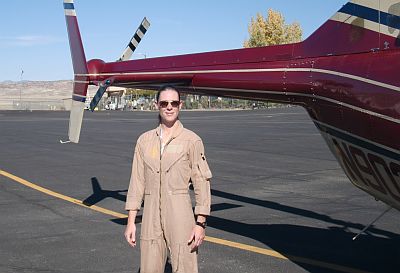 Listener Jodi working on her Commercial in the Bell 206