A woman earns her pilot’s license at age 68 and now helps women of all ages successfully become pilots. We also have an interview with the CEO of Cirrus Aircraft. In the news, a hard landing injures a flight attendant, a mother/daughter flying first, JetBlue’s high turnover rate, flight cancellations and delays, a proposed rule for passenger refunds, and the FAA asks for public comments on seat size.

Maria Harrison-Dooley is the founder of You Fly Gal, an organization that provides scholarships and support for women student pilots. For decades Maria had dreamt of getting her Private Pilots License and at the age of 68, she accomplished that dream. Her motto is: “Flying is my passion, inspiration is my mission.”

Maria shows us that age doesn’t have to be a barrier when it comes to becoming a pilot. Noting the very high fallout rate for student pilots, she illustrates the critical role that community plays, especially for women student pilots. The Ninety-Nines: International Organization of Women Pilots is an example of an organization that fills that need.

Sponsorship for You Fly Gal scholarships comes from several sources, including King Schools and Pilot Workshops, but individual donations are also welcome.

A Southwest Airlines flight attendant suffered a compression fracture to her T3 vertebra after a firm landing. She was reported to have been in her jumpseat. The pilots of Southwest flight WN2029 were making a visual approach at Santa Ana’s John Wayne Orange County Airport (SNA). The NTSB closed the investigation without making any specific recommendations.

Mother Holly Petitt and daughter Keely Petitt flew the flight from Denver (their hometown) to St. Louis on July 23, 2022. Holly served as the captain and Keely served as the first officer. The airline’s Campus Reach Internship Program helped Keely learn more about aviation and the airline.

JetBlue is hiring, as are most other airlines, but employee retention is a big problem and the turnover is very high. So the airline is forced to over-hire. JetBlue estimates that by the end of the year, half of its workforce will have been with the airline for less than two years.

Bad weather caused more flight delays and cancellations. FlightAware reported more than 7,700 delays in the United States on one day last week. The day before that, the TSA screened 2.3 million passengers.

Under current rules, passengers are entitled to refunds if an airline has “made a significant schedule change and/or significantly delays a flight and the consumer chooses not to travel.” However, there is no definition of “significant.” If enacted, the proposed rule would define the terms of a “significant” change and cancellation:

How small should airplane seats be? The FAA wants to hear from you

In the 2018 FAA Reauthorization Act, Congress directed the FAA to issue rules for minimum dimensions for passenger seats necessary for passenger safety. Since then, the FAA conducted simulated emergency evacuations and is now asking for public comment. This is safety-related, not comfort-related.

We pay tribute to Glen Towler, Dave Higdon, and Grant’s father, Jim McHerron, all of whom passed away since our last segment.

Australia is about to see a new low-cost carrier take to the skies, in the form of Bonza Airline, flying a small fleet of Boeing 737 Max-8 aircraft. The first of those arrived in-country last week, and Steve is cringing at their proposed market strategy. Corny, you may ask? Well, it may be if you speak Australian slang.

In defence news, the RAAF has elected to keep Australia’s fleet of F-35A fighters flying, despite safety concerns over ejection seat components in a small number of US and Israeli jets which has seen those nations temporarily suspend operations.  The Department of Defence has issued a statement saying an ongoing risk assessment regime has been put in place with regard to the issue, and developments are being monitored closely.

RAAF to continue flying its F-35s despite ejector seat fault

Beyond the Press Release

Our Aviation Entrepreneurship and Innovation Correspondent Hillel Glazer interviewed business executives at EAA AirVenture Oshkosh 2022. His objective was to look beyond what anyone can read in company press releases.

In this episode, Hillel talks to Zean Nielsen, the CEO of Cirrus Aircraft. 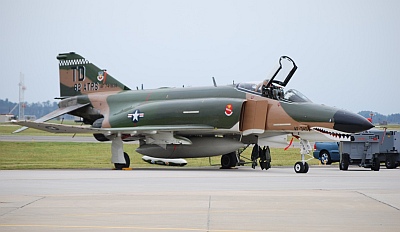