A tri-wing jet concept, a court ruling and flight instruction, aviation fuel supply vulnerability, more baggage falling out of airplanes, Flying Tiger Line Flight 739, and an Across the Pond segment.

The SE200 concept airliner from SE Aeronautics is a tri-wing design with two rear-mounted engines and a double tail fin. The widebody jet would seat 264+ passengers and burn 70 percent less fuel than a plane of similar size. The SE200 is a 100% molded composite aircraft, with a claimed 80% reduction in CO2 emissions per seat kilometer. Flying at Mach .9, the jet would have a range of 10,560 miles at 500+ PMPG.

Colonial Pipeline’s insufficient security allowed a ransomware attack to shut down the company’s 5,500 mile fuel pipeline from the Texas Gulf Coast to New Jersey. This led to widespread gasoline shortages across the U.S. East Coast, and impacted the supplies of jet fuel.

The emergency exit door separated from a Boutique Airlines flight just before takeoff from Gogebic-Iron County Airport in Michigan’s Upper Peninsula. One passenger said his carry-on bag was sucked out. Apparently, the pilots failed to complete a pre-flight checklist.

On March 16, 1962, 93 soldiers, 11 crew, and 3 South Vietnamese soldiers boarded Flying Tiger Line Flight 739 for a secret mission to Saigon. They never arrived and the subsequent search and rescue operation found nothing. The families of those lost never knew what happened.

Warbird Adventures, which operates a World War II P-40 fighter training aircraft certificated in the limited category, asked the U.S. Court of Appeals for the District of Columbia Circuit to review an FAA emergency cease-and-desist order. The company was providing flight instruction without an exemption to FAR 91.315. In a two-page ruling Warbird Adventures, Inc., et. al. v. FAA., the court refused to review the emergency cease-and-desist order.

Pieter Johnson (XTP Media) and Gareth Stringer (Editor of Global Aviation Resource) provide a special Across the Pond segment to mark the tenth anniversary of the first ATP segment on Airplane Geeks.

Send an aviation-themed postcard to:

Elite Airways in Auburn, Maine hosted an “Aircraft Pulling” event to benefit Big Brothers Big Sisters of Mid-Maine.  Teams competed to pull a 31,000-pound CRJ200 15 feet. The team that pulled the aircraft 15-feet the fastest won a trophy. Elite Airways also gave out two round-trip tickets to the team that raised the most money.

Air Force Chief Hints at Retiring the F-22 Raptor in Fighter Downsize and The F-22 will go away, eventually. But not before the Air Force gets comfortable with its successor 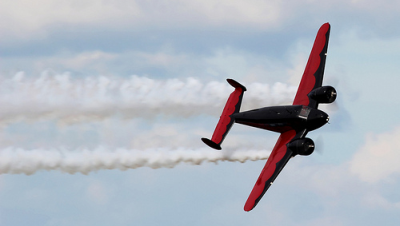 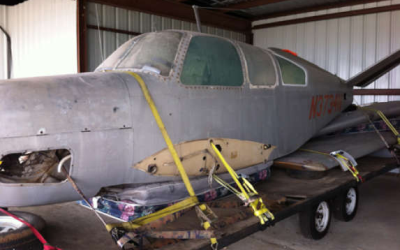 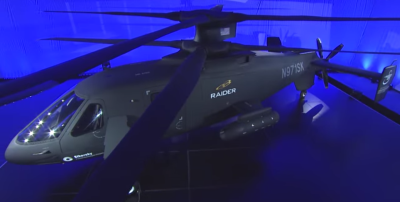 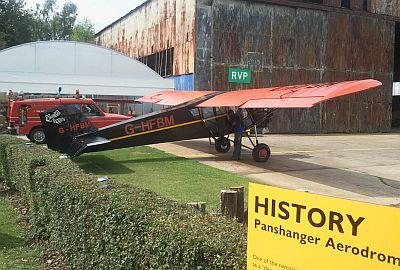 We celebrate five years of Airplane Geeks episodes. Courtney Miller, Steve Visscher, and Grant McHerron join in and we recall some early moments.

Find Grant and Steve at the Plane Crazy Down Under podcast, and follow the show on Twitter at @pcdu. Steve’s at @stevevisscher and Grant at @falcon124. Australia Desk archives can be found at www.australiadesk.net. Also streaming 9:00am Saturdays on Kinglake Ranges Radio, a community radio station covering the greater King Lake area. 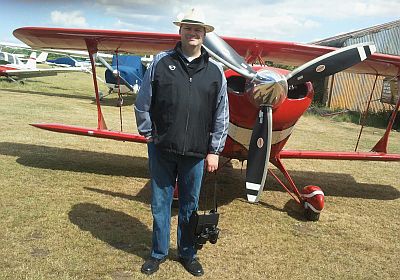 Dean Mcbride – Fighting to save our Heritage at Panshanger

Having solo’d from Panshanger in a Piper Tomahawk 13 years ago, the airfield has a very special place in Pieter’s heart, but it has a much richer heritage. He talks to Dean Mcbride about ‘Holwell Hyde’ and its role as a decoy airfield during the Second World War and how he is desperately trying to gain recognition for the role of the airfield as it faces the inevitable threat from development and encroachment from housing. Maybe this is not youir airfield but it could be soon.