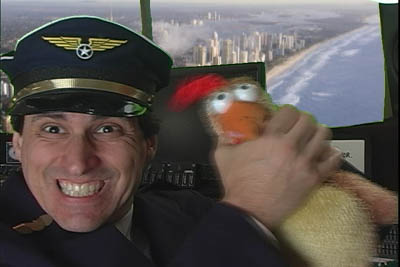 We took the week off but instead of leaving you without your weekly fix of the Airplane Geeks, we’ve done something different. What we have for you is a series of segments produced by our usual cast of characters:

Thanks to Steve Goodie for allowing us to use his Tweetin On A Jet Plane parody and for the photo above. Be sure to check out Steve’s website at http://www.stevegoodie.com/.

This episode’s opening and closing music is  by Brother Love from the Album Of The Year CD. Visit his site at http://www.brotherloverocks.com/.