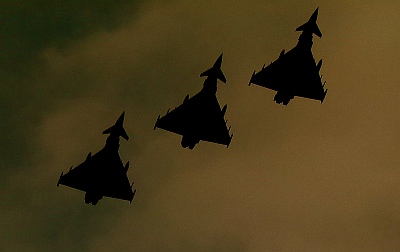 Guest Ryan P. Starkey, Ph.D. has been working with University of Colorado students to develop a Mach 1.4 UAV. Propulsion for this very efficient aircraft comes from a 20 pound turbojet that features an afterburner and thrust vectoring nozzle. We talk about the design of the vehicle, possible commercial and military applications, and the timeline for first flight.

Ryan is Assistant Professor and a McAnally Faculty Fellow, as well as Director of the Busemann Advanced Concepts Lab at the University of Colorado Department of Aerospace Engineering Sciences. You can also learn more about this project at Starkey Aerospace Corporation.

This week’s Australia Desk report was recorded live at the Tyabb Airshow, 70km southeast of Melbourne. Air Australia owes creditors $A90million but had less than $A500,000 in funds when it went bankrupt, Qantas fails in its bit to have to Federal Government change the Qantas Sale Act (1992), Virgin Australia restructures into domestic & international companies, tour operator, Jetset, has an incredible profit increase thanks to the high value of the Aussie dollar, ATC Ben makes a cameo appearance, Grant is horrified that Steve left light beer in his fridge!

This week on Across The Pond, Pieter Johnson talks to John Greenway from the Manchester Airport Group about Manchester Airport’s growth and success at becoming the first Aerocity. Manchester has an innovative style to accommodating its customers, has a great Twitter feed and is performing well in a demanding market. Hear how the Airpark (the place for aviation spotters and enthusiasts) homes some of the nations most prized assets, including a Concorde.

You can find the Manchester Airport Group at www.manchesterairport.co.uk and on Twitter as @manairport. See also the Airport City website at airportcity.co.uk. Pieter can be found on Twitter as @Nascothornet or XTP Media’s Facebook Page.

Post photo by Paul Thompson: Three Eurofighter Typhoon aircraft based at RAF Coningsby in Lincolnshire UK. He liked the picture as they flew towards him at around 500 feet and then went and had a little play ( vertically to about 20000 feet) as it were.