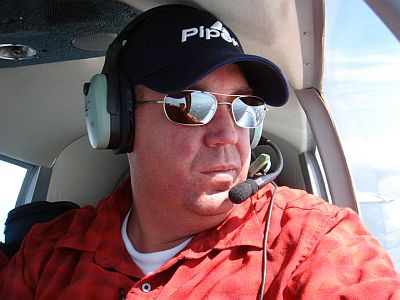 Guest Jason Blair is the Executive Director of the National Association of Flight Instructors.

Jason starting his flying experience at the age of 15, soloing at 16, and getting his private pilot’s certificate at 17. While he pursued both undergraduate and master’s degrees from Western Michigan University, he continued his flight training at local FBOs, obtaining his commercial and instructor certificates. He now serves as the Executive Director of the National Association of Flight Instructors, is an active CFI with over 2000 hours of instruction given, NAFI Master Flight Instructor, and an FAA Designated Pilot Examiner for both part 61 and part 141 training providers. He flies general aviation aircraft for much of his personal and business travel. He actively represents NAFI and the flight instruction community in a number of capacities including on the FAA’s Runway Safety Council, the General Aviation Joint Steering Committee, the TSA Aviation Safety Advisory Council, NATA’s Flight Training Committee, and others.

We talk to Jason about the National Association of Flight Instructors (NAFI), its mission and objectives. Our conversation touches on the NAFI education foundation, how to pick a flight instructor who is a good match and how not to, if there are enough flight instructors to handle the number of pilots we expect to need, and other topics. You can follow Jason on Twitter as @skykid_jeb.

Qantas dominated the aviation news in Australia this week as a so called “rebel group” of investors headed by former CEO Geoff Dixon and advertising guru John Singleton were said to be plotting to make a takeover bid for the board, removing Allan Joyce. They are apparently uphappy with the current direction of the board, particularly with regard to the recent tie up with Emirates. Dixon currently works of the board of Tourism Australia, and Singleton’s company has advertising contracts with both organisations.

As a result of these rumour/moves, Joyce has pulled out of the Tourism Australia deal that Qantas has held for decades, taking $A40million in funding with him. Not long after that, Virgin Australia’s chief John Borghetti was said to have been in talks with Dixon – the man he would have replaced at Qantas had Joyce not been given the job – about Virgin filling the gap left by Qantas at Tourism Australia.

It’s a big and very complex story that will no doubt fester along for months to come.

In other news, the final RAAF AP3-C Orion has returned home from operations in the Middle East, bringing to an end a decade of service in that region. Also, November 30th saw the final day of C130H operations with at least one airframe rumoured to be housed at the Air Force Museum in Melbourne. 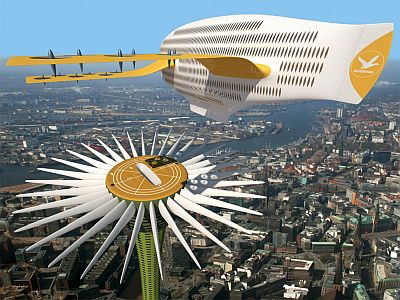 This week we have a special guest on Across The Pond that specialises in futuristic aircraft designs that not only stretch the imagination beyond our normal aviation boundaries, but expands our vision of what is possible.

From Octuri, our guest explains his vision and drivers to design possible concept craft of the air, not just through dreamy ideas, but based upon clear design principles as well as aerospace physics.

Over a hundred years ago there were probably people looking at the equivalent drawings of the Wright Brothers, cynically suggesting they will never happen in their lifetime. Will we ever see these in ours?

Look for Yelkin Octuri on Facebook. Find Pieter on Twitter as @Nascothornet, on his blog Alpha Tango Papa, on Facebook at XTPMedia, and at the Aviation Xtended podcast. 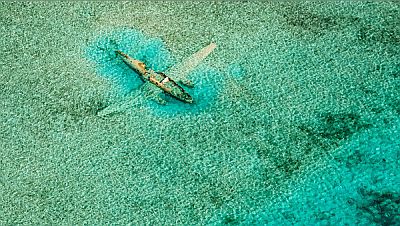 Listener Bjorn Moerman is a Belgian Airbus A380 captain flying out of Dubai with a passion for photography. His wife also holds a flying license and they regularly rent a single engine for flying holidays. Recently they rented a G1000 C172-SP in Florida and went island hopping to the Bahamas. This image is of a ditched Curtiss C-46 near Normans Cay in the Bahamas. It won a price with National Geography earlier this year.