NASA’s aeronautical research activities, Boeing and Airbus production rates, an NTSB report on pilots and drugs, and an update on the F-35 engine fire.

Maj. Gen. Charles Frank Bolden, Jr., (USMC-Ret.) has been the NASA Administrator since July, 2009. During Charlie’s 34-year career with the Marine Corps, he served 14 years in NASA’s Astronaut Office and traveled to orbit four times aboard the space shuttle.

Charlie flew more than 100 combat missions in North and South Vietnam, Laos, and Cambodia. He has a lengthy and distinguished career serving his country, including receiving the Defense Superior Service Medal and the Distinguished Flying Cross. He was inducted into the U.S. Astronaut Hall of Fame in May 2006.

We talk about the role of government in general and NASA in particular when it comes to taking the development risks that industry cannot. Charlie tells us about NASA’s development of software tools for the FAA, including NextGen air traffic management tools.

We also discuss the allocation of funding between aeronautics and space, NASA activities in aircraft propulsion such as increasing efficiency of existing systems, recent biofuel tests, and projects with the Boeing eco-Demonstrator airplanes.

Charlie believes that supersonic transports can be in our future and tells us about NASA activity to address the sonic boom problem.

NASA is actively involved with the FAA and the six UAS test sites as autonomous flight technologies are developed. NASA focuses on sense and avoid and is looking at sUAS air traffic control.

We get an update on the commercialization of space flight, climate change and greenhouse warming, and space technology management.

Visit the NASA web page for a wealth of information, follow them on Twitter, and read NASA Administrator Charlie Bolden’s Blog.

Boeing and Airbus are looking at boosting the production rates for the 737 and A320 families of airplanes. Orders have poured in and the airframers have years of backlog. Will the supply chain be able to sustain higher rates?

NTSB Study on Drug Use in Aviation Shows Upward Trend in Use of Potentially Impairing Medications; First Step in Understanding Drug Use and Accident Risk

The NTSB looked at more than 6,600 toxicology tests performed on pilots killed in aviation accidents from 1990 through 2012, 96% of which were GA. NTSB Acting Chairman Christopher A. Hart said, “I think that the key take-away from this study for every pilot is to think twice about the medications you’re taking and how they might affect your flying. Many over-the-counter and prescription drugs have the potential to impair performance, so pilots must be vigilant to ensure that their abilities are in no way compromised before taking to the skies.”

F-35 Fire: In Search Of A Solution

At Eglin AFB on June 23, 2014, F-35 AF-27 experienced a significant engine fire, grounding the fleet. It appears that engine flex caused a “hard rub” of the fan stage stator against the rotor. The friction caused heating, which led to micro-cracks in some blades. Then in normal operation, the cracks grew and the blades eventually failed. Pratt & Whitney is redesigning some components, but the root cause for the engine flex has not yet been identified. 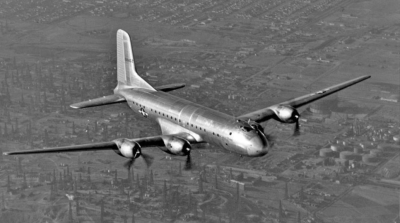 With all the recent humanitarian news, the Boeing C-17A is getting a lot of attention. It’s often referred to as a Globemaster, but it’s time to set the record straight and talk about the real Globemaster – the Douglas C-74 and its son the C-124 Globemaster II, making the C-17A the Globemaster III. 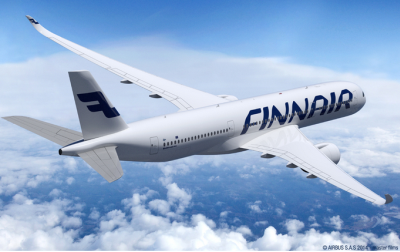 Pieter Johnson has news of the UK Airports Commission decision to reject London Mayor Boris Johnson’s idea for an Estuary Airport (affectionately known as “Boris Island”). He also looks at Ryanair’s Boeing 737Max order, and some new services from both Finnair and Qatar Airways.

In Episode 134 of the Airline Pilot Guy podcast, Capt. Jeff offers a very good discussion of hypoxia, with ATC recordings from the TBM-900 that crashed off Jamaica, and other examples.