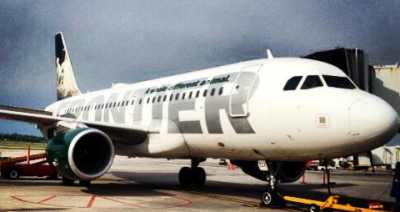 Trevis is a native of East Tennessee and a graduate of Tusculum College and various military and community Leadership Programs. He’s worked with Knoxville Airport since 1991 in various roles, including Engineering Technician and Operations Manager.

Trevis served over 24 years with the USAF/Tenn Air National Guard as both a senior NCO and Commissioned Officer in a variety of capacities. He is Chairman of the Communications Committee for the Southeast Chapter of the American Association of Airport Executives.

JetBlue Airways plans to increase its existing charter service to Cuba with an A320 aircraft, and wants to offer regular service when it becomes allowable.

American, United and Delta claim that since 2004, Gulf carriers received more than $40 billion in government subsidies, which is unfair. They are asking the U.S. Government to renegotiate or kill treaties that have allowed Qatar and the United Arab Emirates airlines to increase flights to the U.S.

Delta Air Lines CEO Richard Anderson responded to claims that U.S. bankruptcy protection amount to government assistance, making a reference to 9/11 that was not appreciated by Gulf carriers.

Will there be an Emirates order for 100 747-8’s? Unnamed sources say someone (not Boeing) is pitching the 747 to Emirates Airlines.

Contributing factors include the age 65 retirement rule in the U.S., fewer military pilots available to draw on, low (but improving) regional pilot salaries, the majors drawing on regionals for pilots, and fewer students entering aviation colleges looking for a commercial pilot career.

Rob Mark and Andrea James (VP and Senior Research Analyst, Dougherty & Co.) talk about the proposed regulations for commercial use of small UAS.

The Inflight Movie of the Month

David Vanderhoof is back briefly to give his review of Flight of the Intruder . The movie stars Danny Glover, Willem daFoe, and Brad Johnson. More importantly it stars the Grumman A-6 Intruder. If you want plot read the book. If you want to see the preeminent Naval Strike aircraft of the 60-90s, then watch this movie.  Two out of Five Props.

It’s almost time for the Avalon Airshow and the boys are getting excited about some of the new items that will be on display, including an Airbus A400M and an RQ-4 Global Hawk that has made its first landing at a civilian airport.

The date has been set for VH-OJA to make its final flight to the HARS museum at Wollongong: March 8th.

Air New Zealand confirms they won’t be doing a “retrojet” livery on their next 787-9 despite rumours saying that they would.

Matt Hall comes 2nd in the first heat of the Red Bull Air Race, being kept from first place by less than a second! Clearly the new winglets are doing something good on the track!

Listener Morgan shared this photo taken while flying in Northwest Montana. The flight was out of Missoula (KMSO) north to Polson (8S1) and back in a rented 172K.

Flying Solo: Having one pilot in the cockpit might be scarier than having none

Safest Seat on a Plane: PM Investigates How to Survive a Crash

As this (intentional) 727 crash shows, you can survive