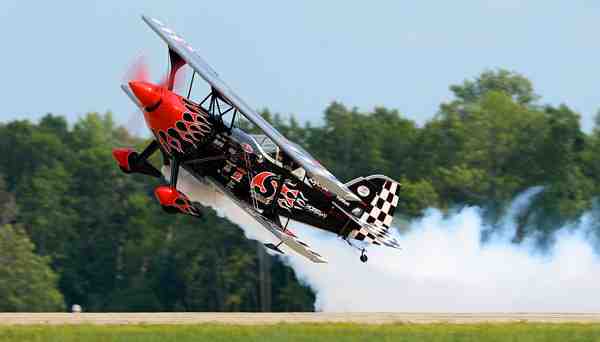 We talk with Jack Pelton, Chairman of the Board of the Experimental Aircraft Association about EAA AirVenture Oshkosh 2015.

Jack Pelton is Chairman of the Board of the Experimental Aircraft Association (the EAA). He’s the retired chairman, president, and chief executive officer for Cessna Aircraft Company. Jack was Sr. Vice President of Engineering for Dornier Aircraft in Munich, and he started his career at Douglas Aircraft in Long Beach California. Jack was a member of the board and past chairman of the General Aviation Manufacturers Association (GAMA) and served on the board of directors of the National Business Aviation Association (NBAA).

We talk with Jack about EAA AirVenture Oshkosh 2015, taking place July 20-26, 2015. Besides the forums and educational sessions, #OSH15 visitors can expect to see daily air shows, a 45-year anniversary salute to the Apollo 13 mission, and events celebrating the 70th anniversary of the Curtis Pitts, the 75th anniversary of the Aircoupe, and major anniversaries of the beginning of World War II and the Battle of Britian. A B-52 landing at AirVenture is planned, two F-35s will be on display, and two F-22s will conduct a demonstration flight. 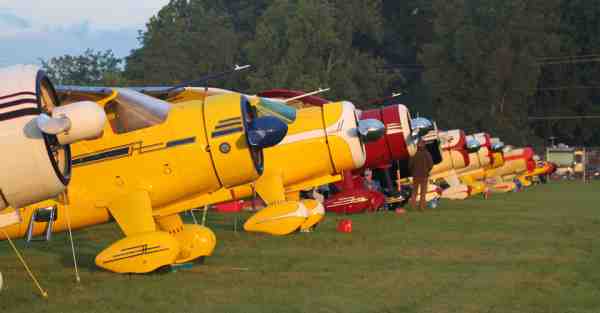 A row of Howard DGAs at Airventure Oshkosh 2014

The New Goodyear Airship “Wingfoot One” will make an appearance, and Burt Rutan is scheduled to appear, arriving in a Beech Starship. A number of Viet Nam-era aircraft will be at Oshkosh, and so will an Airbus A350. WomenVenture takes place again, and Embry-Riddle hosts a sUAS challenge in the Aviation Gateway Park.

Ford Motor Company is once again supporting the Experimental Aircraft Association’s youth aviation programs by unveiling and donating for auction a one-of-a-kind Mustang.

Also, be sure to catch the EAA AirVenture Oshkosh Webcams and LiveATC.

The US Patent and Trademark Office has approved Boeing patent application 9,068,562, Laser-powered propulsion system. In one embodiment, an airplane engine uses lasers fired at radioactive material like deuterium or tritium to create a nuclear fusion reaction. The hydrogen or helium exhaust byproducts exit the rear of the engine and provide thrust. Coolant heated from the reaction drives a turbine and generator to produce electricity that powers the lasers.

The Motley Fool used the Boeing Orders & Deliveries Tool to examine June orders and found 161 planes ordered by customers. These were 131 single-aisle 737 commercial airliners, 24 Boeing 777s, five 787 Dreamliners, and one 747. Airbus reported 135 orders in the month.

First electric plane to cross the English Channel was Not Airbus!

On July 10, the electric Airbus E-Fan crossed the English Channel in a 36-minute flight. The E-Fan is a light twin-engine aircraft powered by lithium-ion batteries and electric motors. The night before the E-Fan crossing, an electrically powered Cri-Cri piloted by Hugues Duval made it’s own Channel crossing to become the first.

Originally, Pipistrel intended be first across the Channel in its Alpha Electro two-seat trainer. However, at the last minute electric motor maker Siemens banned Pipistrel from using the motor.

Twenty-six year-old Daniel Boria, attached 110 helium-filled balloons to a “$20 lawn chair” with the idea of skydiving from the chair into the middle of the Calgary Stampede. When he started drifting into the clouds, he bailed out, and ended up in jail. CBC News interviews the lawn chair pilot in Calgary balloon man calls adventure ‘sureal’.

Aerolineas Argentinas and the stripper who pulled the take off throttle

Grant’s at home when he should be in Bali thanks to the ash cloud from Mt Raung. The boys talk briefly about flights resuming to Bali:

They also talk about the fun they had doing commentary at the Hunter Valley Airshow last weekend despite Grant losing his voice. 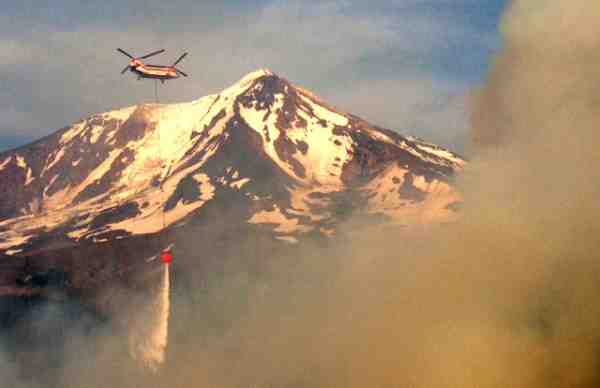 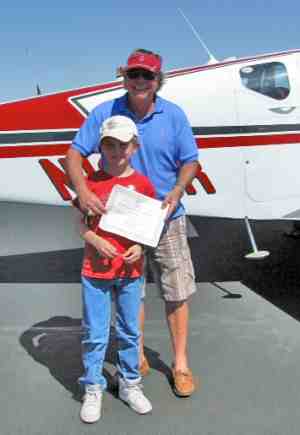