This is a Bits & Pieces episode, where we ask the co-hosts and other contributors to provide pre-recorded segments, then we stitch them together and it’s Bits & Pieces. 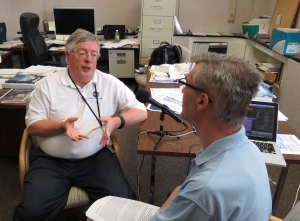 David Vanderhoof spent a day at NASA Langley Research Center (LRC) which is adjacent to Joint Base Langley Eustis, and he recorded several interviews. NASA LRC is leading the charge the revitalize focus on the first “A” in NASA: Aeronautics.

The first interview is with Dr. Richard Wahls, the Advanced Air Vehicles Program Strategic Technical Advisor. David and Dr. Wahls talk about the new X- Plane Program and how it is focusing on environmental issues to make commerical, GA, and military aviation “greener.” 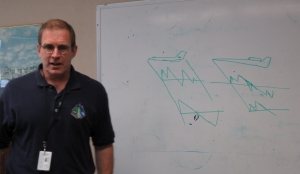 The second interview is with Peter Coen, the Commercial Supersonic Technology Project Manager. They talk about “shaping the boom” by changing the shape of the aircraft. While not eliminating the boom, it does reduce its impact on the ground.

David also recorded two other interviews at NASA Langley. He spoke with Dr. Allen about the Autonomy Incubator, and that interview can be found at The UAV Digest.com #145. David also talked with Frank Jones about sense and avoid technology and sUAS package delivery. Find that conversation at The UAV Digest.com #149 which will be released a few days after this episode. You can follow NASA Langley on Twitter at @NASA_Langley. Thanks to Kathy Barnstoff and Bill Baley for arranging the interviews.

Gary tells us his story of buying his own Piper PA-38 Tomahawk.

By popular request, Micah brings us a timely update to his piece, News Reporting and the Sport of Speculation or The Surge in Sensational Surrealism. Plus a little bonus piece from Micah called Lighter Than Nomenclature.